BMW's back in the roadster market with this third generation Z4. Jonathan Crouch takes a look.

BMW knows a thing or two about roadsters and this third generation Z4 is one of its best. It may not be the sharpest car in its class to drive but on the right day, in the right mood on the right road, you may not care. The engines are efficient and willing, the looks are stunning and the feeling you get behind the wheel still makes you feel twenty years younger. This, it seems, is a Z that might be very hard to catch.

It took BMW some time to discover a profitable sweet spot in the roadster segment but the Munich maker got there in the end. Having first brought us an exclusive low volume model in this sector (the Z1 of 1989), the brand finally launched an affordable volume contender (the 'E36'-series Z3 of 1995). That sold well enough to be replaced by the slightly larger and more mature first generation 'E85'-series Z4 in 2002. Which itself was replaced by a second generation metal folding-roof 'E89'-series Z4 design in 2009. With the history lesson completed, let's acquaint you with what we're looking at here, a MK3 'G29'-series Z4 model launched in late 2018 after development shared with the new-era Toyota Supra. It claims to be something its direct predecessor really wasn't - a really serious driver's car. A really serious Porsche 718 Boxster rival. A really serious roadster? Let's find out.

Sporting BMWs may have been inseparably associated with six cylinder engines down the years but the key powerplants on offer in this 'G29'-series Z4 line-up squirt fuel into the quartet of cylinders boasted by a TwinPower Turbo 2.0-litre unit that's offered in two states of tune. The 197hp sDrive 20i and 258bhp sDrive 30i variants are more powerful than the models they most directly replace; even the sDrive 20i can make 62mph from rest in just 6.6s on the way to 149mph. At the top of the range, you can have a traditional BMW straight-six unit, courtesy of the 340hp unit fitted to the flagship M40i derivative, which sprints to 62mph in 4.6s and has to be artificially restrained at 155mph. You can talk to your dealer about a manual version of the base sDrive 20i, but otherwise, all variants come fitted with an 8-speed Steptronic Sport auto gearbox with gearshift paddles. You're probably going to want to pay extra for adaptive damping - only the M40i gets it as standard, along with uprated brakes and an electronically controlled differential lock. The way the suspension interacts with the steering, the throttle and the differential is key to the way this car responds dynamically, so proactive use of the provided drive modes is crucial if you're pressing on. 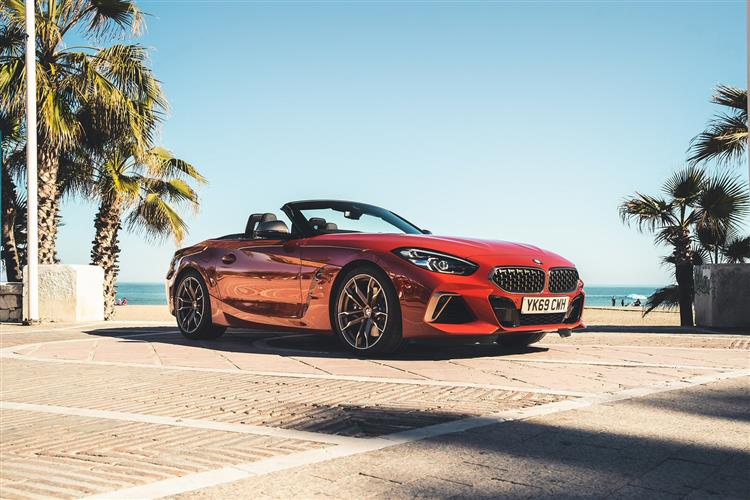