The 2 Series Gran Coupe is a small four-door Coupe with one key rival very clearly in its sights. Jonathan Crouch takes a look.

With this 2 Series Gran Coupe model, BMW belatedly joins the market for compact four-door coupes that previously Mercedes had almost to itself with their CLA. It shares nearly all its engineering with the 1 Series hatch, which means it's front-driven. But it's very much more aspirational.

You might well be a little unfamiliar with BMW's 'Gran Coupe' formula, even though it's been around since 2012. That was when the Munich maker launched its 6 Series Gran Coupe, basically a four-door coupe based on a 3-box saloon shape for executives wanting something a little more fashionable. Since then, we've also had 4 Series and 8 Series Gran Coupe models. But strangely, never a smaller take on the four-door coupe concept that would take on the car that most tend to think of when it comes to a more compact interpretation of this kind of design, the very profitable Mercedes CLA. This 2 Series Gran Coupe model though, is that car.

2 Series in BMW-speak can mean two very different things. Either something practical and resolutely unsporting in the form of the front-driven 2 Series Active Tourer compact MPV. Or rewarding and quite dynamic in the form of the rear wheel drive 2 Series Coupe or, to a lesser extent, the 2 Series Convertible. This 2 Series Gran Coupe is front-driven like the Active Tourer but uses the more advanced FAAR platform we've recently seen introduced with the third generation 1 Series hatch for at least some of the BMW 'Ultimate Driving Machine' vibe that you'd ideally want this car to be able to deliver. For our market, the entry-level version in the range is the 218i petrol variant, which uses a 1.5-litre three cylinder 140hp unit and can be had with the option of dual-clutch automatic transmission. There's also a 150hp 218d diesel model. The other two derivatives can be had only with the brand's 8-speed Sport auto transmission. If you've your sensible shoes on, you'll want the 220d, which is offered in front driven or xDrive forms and has a 2.0-litre 190hp four cylinder diesel. If you haven't, you'll be more drawn to the current range flagship, the M235i xDrive, which has a 2.0-litre four cylinder petrol turbo developing 306hp and AWD to better transmit torque to the tarmac. It makes 62mph from rest in just 4.9s and has to be artificially restrained at 155mph. 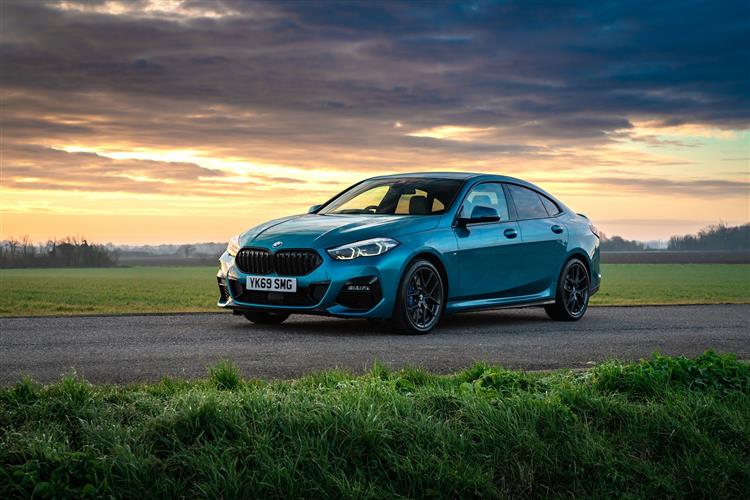