The BMW 1 Series always held serious potential as a driver's car, being small, rear-wheel drive and having access to BMW's impressive range of powerplants. It wasn't until the launch of the 1 Series coupe in late 2007 that BMW really took the gloves off the 1 Series and turned it into the sporting car we'd all hoped for. As long as you choose one that hasn't been wilfully neglected, it's hard to go wrong when shopping for a used 1 Series Coupe.

The BMW1 Series had already been on sale for over three years when the two-door Coupe model arrived in December 2007. In that period the general public had grown used to its individualistic styling and its combination of decent power, excellent economy and emissions, firm ride and almost non-existent rear legroom. When the 1 Series Coupe arrived there were plenty who didn't really see the point. Why further compromise an already compromised vehicle for very little material gain? It wasn't as if the 1 Series Coupe was drop-dead gorgeous either. BMW weren't fazed by the lukewarm reception and were playing the long game with the Coupe. What they knew and we didn't was that the Coupe was being groomed as possibly the most rewarding driver's car in BMW's range. The range launched with the 120d, 125i and rip-snorting 135i models, with the Munich company backfilling the range with economical 120i and 118d variants in 2009. Also announced in 2010 was the 335bhp 1 Series M Coupe, a proper M car named carefully so as not to tread on the toes of BMW's legendary M1 supercars of the Seventies. What started out as the ugly duckling of the range gradually morphed into one of the hottest tickets in the BMW line up.

What You Getword count: 301

Links to the 1 Series hatch are evident in this Coupe model. The nose borrows heavily from the tailgated car with the bumper jutting forward from the plain of the grille and headlamps. Below, the air intakes are more aggressively shaped and as you progress back down the car's length, the differences become more pronounced. The booted outline of the car owes more to the 3 Series Saloon and Coupe than the 1 Series. The car is 133mm longer than the hatchback that spawned it and the sharply angled windscreen, along with the protruding rear, emphasise this. Beneath the boot lid, which is drawn up into a subtle spoiler, the available space is measured at 370 litres - that's 20 litres up on the hatch - and there's a 60:40 split rear seat to add a little of the liftback's practicality. The interior will hold few surprises for existing BMW owners. The high quality materials and solid construction always impress and it's this general classiness that makes it all feel special rather than any stand-out detailing. The major controls for the entertainment and ventilation system are confined to a panel ahead of the gear lever and the rest of the significant switchgear clustered on or around the steering wheel where it's simple to access without diverting your eyes from the road. There are four trim levels to accompany the six engines that make up the 1 Series Coupe range although the top powerplants come only with the plusher trim levels. Buyers choose from ES, SE, Sport and M Sport. It's the M Sport package that really makes the difference to the car's appearance, and the way it drives. Buyers at this top level receive sports suspension, sports seats, an M Sport steering wheel and the M Aerodynamic package on their car.

Refer to Car & Driving for an exact up-to-date valuation section. Click here and we will email it to you. 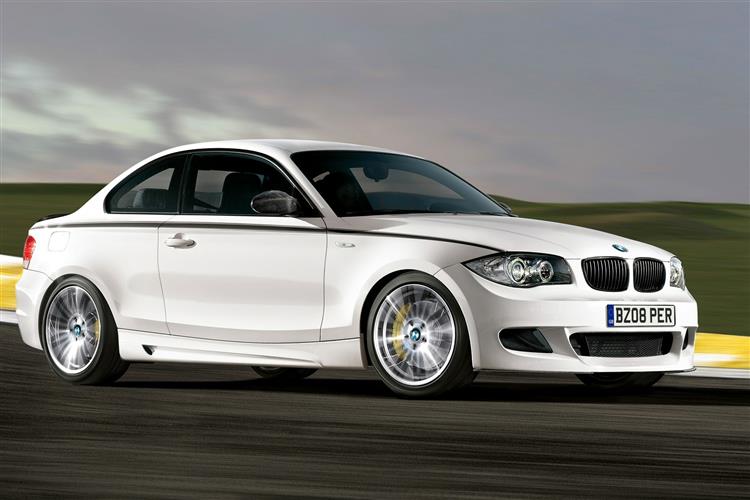