BMW's second generation X3, sold between 2010 and 2017, is premium mid-sized SUV that's a larger, plusher and more powerfully efficient choice than its predecessor, stacking up impressively against prestigiously-badged alternatives from Audi and Volvo in this sector. Like its rivals, dynamically targeted almost exclusively towards on-road use, it's another example of just how car-like a model of this kind can be.

It isn't often that BMW gets it wrong - and even when it does, it usually still manages to turn a profit. The brand's MK1 model X3 mid-sized SUV was a case in point, launched in 2004 to more affordably extend the reach of this Bavarian brand's road-biased SUV model range following the success of the larger all-conquering X5. But early first generation X3s felt cheap, rode poorly and, even by the modest tarmac-orientated standards of the class, were woefully short of any kind of off-road ability. Later MK1 models were better, but what was really needed - particularly in a market by now crammed with premium alternatives - was something much classier, much more. X5-like. Something indeed, like the car we first saw at the end of 2010 - this one, the second generation X3. This design was the size of a first generation X5 and was built at the X5's US Spartanburg factory. At launch, BMW's clam was that it would ride and feel just like that car. It competed against tough premium mid-sized SUV rivals like Audi's Q5 and Volvo's XC60. The MK2 X3 range was facelifted in 2015 and finally replaced in the Autumn of 2017 by a third generation model.

What You Getword count: 345

To fit more neatly into the gap between the X1 and the X5, the X3 grew in its second generation guise, 78mm longer and 28mm wider than its predecessor, yet rather impressively, running out 25kg lighter. As importantly, the rather gawky looks of the MK1 model were replaced by a far more cohesive piece of design that looks lower and more purposeful, differentiated from the larger X5 by squared-off front headlamps and a strong character line scalloped into the side flanks. Thunking shut one of the doors is your first clue as to the quality improvements that doubtless were a part of the move from contracting out production of the MK1 model to Magna Steyr in Austria and producing this one in-house at BMW's Spartanburg factory in the US. The cabin certainly feels like one befitting a premium mid-sized SUV and the MK2 design's significantly enhanced leg and elbow room means that two adults can be relatively comfortably seated in the rear, provided that they don't have to share their space with a third person who, thanks to the proximity of the transmission tunnel, will only really be comfortable on short journeys. The rear bench itself hasn't any fancy sliding, reclining or removable tricks, but original owners could specify its push-button folding mechanism in 40:20:40 form to offer a bit more flexibility when increasing the size of the 550-litre boot to 1500-litres by folding the back chairs forward. So, yes, whether you need to transport dogs, flat-pack furniture - or even a mountain bike with both wheels attached, it will probably fit. At the wheel, the dash and seating position are just tall enough for your perch to feel SUV-like and the leather-lined, beautifully finished cabin feels an up-market place to be, dominated by its standard 6.5-inch colour iDrive display screen, upgraded to 8.8 inches with the Professional Multimedia package many original owners specified. The iDrive control is down by the gearstick and is supplemented by extra buttons to make it easier for you to find everything from navigation to ventilation. What To Look For 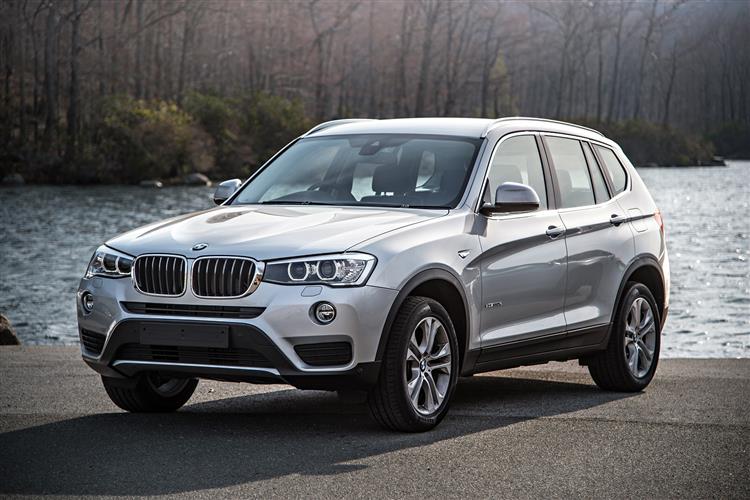