BMW reached into the mainstream with this 2 Series Active Tourer, a reasonably spacious and quite affordable family five-seat MPV. MINI underpinnings saw this as the brand's first front driven model and it's certainly a classier, more interesting alternative to a conventional Scenic-style compact MPV. Does it add up as a used buy?

Front wheel drive and BMW. It's not often you see those words in the same sentence. Equally unusual is the idea of any kind of BMW MPV. We're here though, to examine the used car market credentials of a car that brings all of these things together, the Munich maker's 2 Series Active Tourer. It's precisely because this car was so different from anything BMW had done before that it was so perfectly pitched for the conquest sales the brand was seeking when it launched this model back in 2014. Sure enough, over 70% of Active Tourer buyers were people new to the Bavarian marque. Many of them too, were also new to the five-seat Scenic and C-MAX-style compact MPV sector this car supposedly competes in. That segment had previously never before been offered a car that was in any way aspirational. This model's closest market rival, the Mercedes B-Class, is the nearest thing we had previously had to something of that kind in this segment, but that car wasn't especially dynamic, either in the way it looked or the way it drove. To be frank, it was aimed at a more mature audience. What the market needed was the same sort of thing but with sharper looks and handling. Maybe even a bit of cleverer packaging too. That's what BMW tried to deliver here. And tried to achieve for the first time without its traditional unique selling point when it comes to driving dynamics: rear wheel drive. The Bavarians once said they'd never abandon that, but the space-efficient front-driven platform and engine package developed for the third generation new MINI proved too tempting a proposition not to install in something bearing the BMW badge. This car sold until 2018 when it was lightly facelifted. It's the original pre-facelift models we look at here. 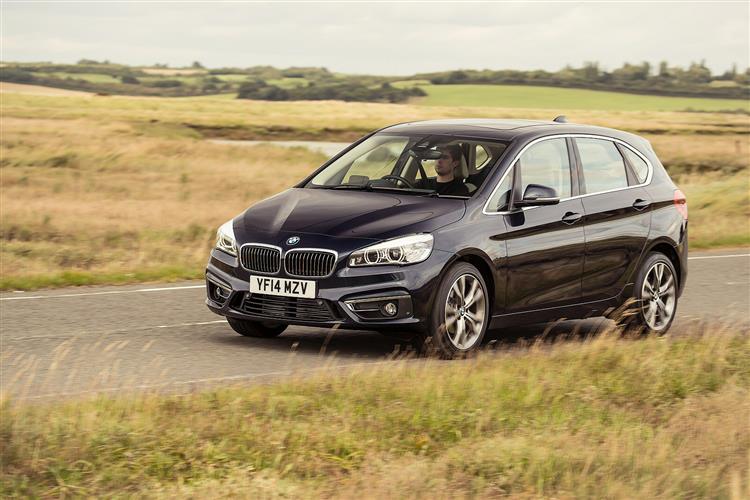