The DB11 is the Aston Martin of choice for those craving something sleek and graceful rather than overtly aggressive. This, arguably the classiest car in the Aston range, is primarily a consummate sporting luxury GT, but can play the sportscar when required thanks to clever adjustable damping. It's very desirable indeed.

This DB11 promises much in terms of driving dynamics, though Aston Martin still doesn't position it as the kind of out-and-out sportscar its slightly more affordable Vantage model can be. But that's perhaps appropriate. Right from the moment that British businessman David Brown first bought this brand back in 1947 (hence the DB model naming), there was also a need to produce powerful Grand Touring GTs and we've seen plenty of those over the last seventy years. The DB11 answers that call better than any model before it, whether you choose the coupe body style or the gorgeous Volante convertible. Both will be as comfortable on a trans-continental highway as on a twisty Alpine pass. And both claim to be everything a super-luxury GT sportscar ought to be. That's the promise. What's the reality? Let's find out.

In its top AMR V12 form, the DB11 gets an Aston Martin-designed 5.2-litre V12 developing 630hp. There's definitely something about the gloriously fearsome bark of the twin-turbocharged engine when it barks into life - or at least there is if you start it in 'full woofle' mode; there's also a 'quiet start' option, should you want to make a soft getaway. That noise is instrumental in preparing you for a unique experience as you nose out into the traffic. A thoroughbred sportscar deserves a thoroughbred engine and this is exactly that, with an exhilarating roar under hard acceleration, yet with a growl that becomes muted and melodic when cruising. The alternative powerplant is a 4.0-litre V8 borrowed from Mercedes-AMG (the same as that used in the Mercedes-AMG GT) putting out 503hp. With both engines, 62mph from rest takes about 4 seconds, but the top speed of the V12 is a little higher than that of the V8 (200mph as opposed to 187mph). In both cases, drive is dealt with via a super-smooth paddleshift eight-speed ZF automatic gearbox mounted at the rear and driving the rear wheels. And there's a drive mode control system that independently controls the powertrain and the chassis via 'GT', 'Sport' and 'Sport Plus' options, all of which are quite viable for road use. 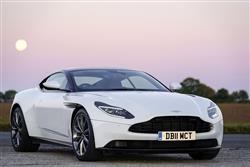 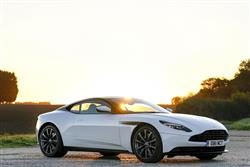 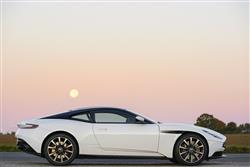 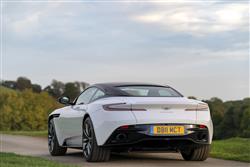 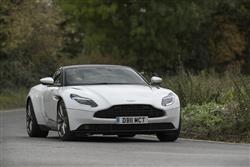 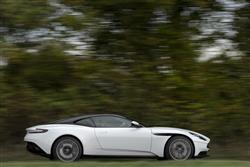 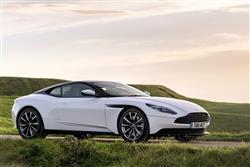 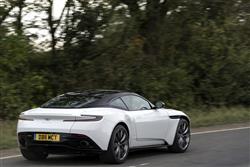 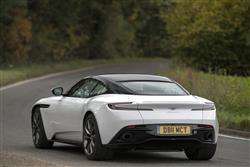 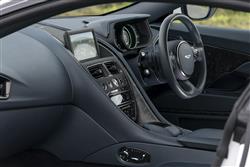