MG improves its offering in the compact part of the electric vehicle market with this revised version of its affordable ZS EV model. Jonathan Crouch takes a look.

Looking for a compact family-sized full-electric model with zero emissions and the rapid responses characteristic of today's EVs? For some time now, the most affordable option you could consider has been MG's ZS EV, but the original version was let down by its modest drive range. That's been sorted with the smarter, revised variant, which remains sensibly priced and well equipped. If you're buying on a budget, you might rather like it.

The world is calling for higher levels of electrified vehicle technology (which to some extent we've now got) and more affordable EV models (which we're still waiting for). Enter MG - and specifically, this improved ZS EV model, priced to undercut similarly-sized rivals by a significant amount. There's a chance you might already be familiar with the ZS. This decently spacious compact SUV was launched in 2018 with 1.0-litre or 1.5-litre petrol power. But MG were also keen to tell us at the time that this model's platform had been designed with full electrification very much in mind. Hence the introduction of the MG ZS EV in 2019 with a 44kWh battery, but that car could only go 163 miles between charges. MG knew it had to do better - and has, with this improved ZS EV longer range model. More fully electric MG models will of course follow, but how good is this one? Let's find out.

As with most EVs, this one should feel sprightly away from rest, courtesy of the fact that all its drive torque is generated immediately from the get-go. The ZS EV is powered by a water-cooled lithium-ion battery which offers a vastly longer driving range than this model's original, rather feeble, 44kWh battery, which only took the car 163 miles. The entry point to the line-up is these days marked by a 51kWh battery, which can take you up to 198 miles. But MG expects that most will want its 72kWh Long Range battery, which can take this car up to 273 miles - and that's what we tried. At the wheel, instead of the usual gear stick, you select drive from a Rotary Gear Selector, which allows you to switch between three settings for the single-speed auto transmission - Drive, Neutral and Reverse. In front of this is a further control that allows you to switch between three levels of brake energy recovery (or turn the recovery system off). Level one will implement a small amount of regeneration, with much of the braking still dependent on the vehicle's brakes. Level three offers the greatest regenerative benefit, offering near one-pedal driving with minimal need for the brakes, improving the lifespan of the parts, increasing efficiency and reducing ownership costs. 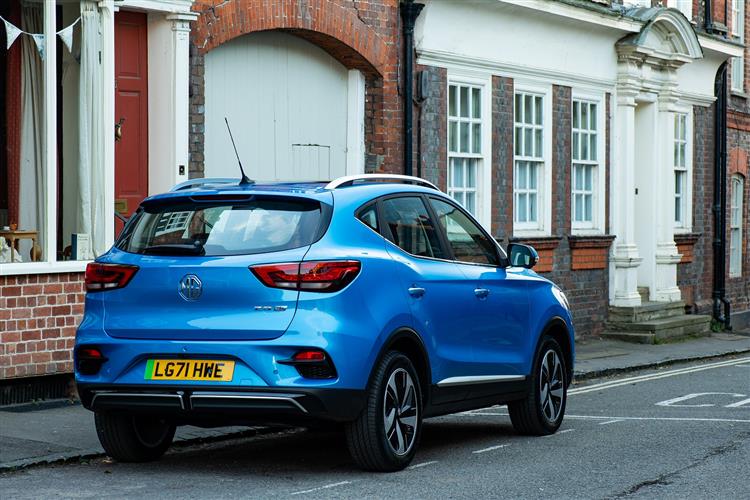