The 500 has been a great success story for Fiat, offering buyers a cute, retro citycar at affordable prices. But does it still have what it takes against newer rivals? Jonathan Crouch takes a look at a revised range enhanced with mild hybrid tech.

Fiat's cheeky little 500 is a stylish citycar that remains as appealing as ever. It's recently gained clever 1.0-litre mild hybrid petrol power and Fiat has just added in yet another package of mild cosmetic tweaks. Otherwise this car hasn't been fundamentally changed in recent times - and loyal buyers didn't really want it to be. These people will like the smart look, the various media options and the very individual feel. You can tell that Fiat knows its market.

If ever a car has built its brand, it's this one, Fiat's 500. In fact, it's done so twice. First at its original launch back in 1957. And more recently with this modern era version, first launched in 2008. Ever since, it's been a money-spinner for the Italian brand, who've never stopped trying to improve it. We got quite a wide-ranging package of updates in early 2014 that gave buyers of more expensive versions the company's 'UConnect' infotainment technology. Then in early 2020, the brand announced a 1.0-litre mild hybrid three cylinder engine and decided that this combustion-fuelled model would, for the time being anyway, continue to sell alongside the all-new electric EV version. Fiat's also put considerable thought into a wide range of personalisation options. It all means that on paper at least, this car remains a strong proposition. The small, fashionable citycar segment though, has changed substantially since this model's original launch. Does this Fiat still have what it takes to compete? Let's find out.

The big news here is the introduction of a mild hybrid 70hp 1.0-litre three cylinder petrol engine to replace the aging 69hp 1.2-litre conventional four cylinder unit this car's been soldiering on with since launch. The mild hybrid powerplant improves fuel efficiency without impeding performance. It also ensures a very high standard of driving comfort thanks to a 12-volt 'BSG' 'Belt-integrated Starter Generator', allowing for a quiet, vibration-free restart of the internal combustion engine in Stop&Start mode. The engine (which in conventional form we've already seen in the 500X SUV) puts out 92Nm of pulling power and works via a 6-speed manual gearbox integrated with that 'BSG' set-up we just mentioned. The 'BSG' system is mounted directly on the engine and is operated by the belt that also drives the auxiliaries. The new system also involves lowering the entire power unit 45mm so the car behaves better on the road thanks to the lower centre of gravity. As before, there's a 1.4-litre petrol turbo unit for the Abarth models. In recent times, Fiat has tried to improve both the ride and handling of this 500, though this will probably be of limited interest to the car's urban-minded audience. You'll find that the engine can get a bit vocal if you work it hard. Even then though, the gruff, slightly throbby note is characterful rather than unpleasant and around town, refinement is more than acceptable. If you are urban-bound, you might also want to consider the optional (but rather jerky) Dualogic gearbox, a kind of manual transmission without a clutch. Unless you like all that left-foot pumping of course. With the Dualogic though, you'll have to have the older less efficient 1.2-litre 69hp engine. City dwellers will appreciate the tight 9.3m turning circle. 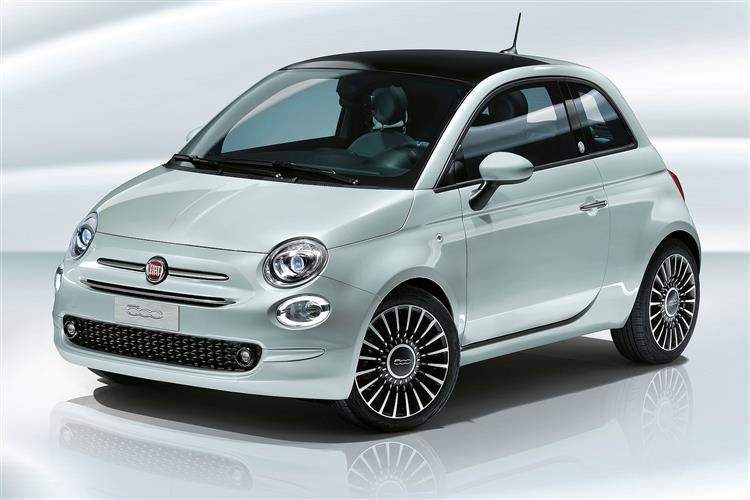