Small is beautiful when it comes to Vauxhall's Corsavan - according at least to the thousands of businesses that use this little supermini-based LCV across the land. This much improved restyled fourth generation model introduced in 2015 was both more agile to drive and more frugal than ever before. Which means that if for you, style is more important than size in this most compact class of van, it's an alternative you can't ignore if you're looking for a used little cityvan from the 2015 to 2018 period.

'Size matters' - or so we're told. Not here it doesn't. Vauxhall's Corsavan has always specialised in its smallness, unashamedly prioritising style over space, sportiness over sensibility. As it did again in this sleeker, more efficient and better specified fourth generation guise launched in 2015. There's no more carriage capacity than previous Corsavans could offer - that's still limited. What you do get though, is a little extra payload, significant improvements in efficiency and a more sophisticated driving experience. There's sophistication inside too, with the option of an Intellilink infotainment system that more switched-on owner-drivers can use to create in their Corsavans a kind of mobile office. This little van sold until late 2018.

What You Getword count: 404

Hot hatch - or business tool? You don't expect a van - any van - to look this sporty. Such, though, are the benefits in design of not having to worry about incorporating a boxy load space out back. The Corsavan is based on the three-door version of Vauxhall's Corsa supermini, a car that was substantially updated in the Autumn of 2014, hence the subsequent arrival a year later of this commercial version. The basic dimensions of this model are much as they were previously, thanks to the fact that the windows, along with the A, B and C-pillars that surround them, remained pretty much unchanged. Otherwise though, much was new for this MK4 design, with every body panel different, a re-designed crash structure up-front and a much more contemporary look. You especially notice this up-front, where 'eagle eye'-shaped headlamps incorporate Vauxhall's signature 'wing'-style LED daytime running lights and flank a low, sporty trapezoidal grille with a chrome bar for the Griffin badge. Up-front, it's certainly a lot nicer than you'd probably expect a van to be, with soft-touch materials dominating the fascia and decor elements dressed in rich satin chrome. Plusher models got a 7-inch Intellilink infotainment colour touchscreen that when fitted, dominates the centre of the dash and is smartly mounted in a high-gloss surround. As for practicality, well customer feedback from the previous Corsavan model told the Griffin brand's designers that a little more payload would be welcome: small items can, after all, often be very heavy. Hence a 21kg increase in the top payload capacity figure for this MK4 model. This stands at 571kgs, enough to embarrass the 508kg total offered by this model's Fiesta Van arch-rival. The 0.92 cubic metre loading volume is a little down on that of a Fiesta Van from this period (which can swallow a full cubic metre). With the tailgate open, you'll get a door aperture width at floor level of 771mm and quite a sizeable loading lip. Still, get past that and there's 1,264mm of width on offer, narrowing to 969mm between the wheelboxes. That's not enough to swallow the kind of euro pallet you could get in a rival 'hi-cube' cityvan but you might be surprised by how much you'll be able to get in here, thanks to 1,257mm of loadbay length and 921mm of loading area height, all these dimensions being pretty much identical to those of the previous generation model. 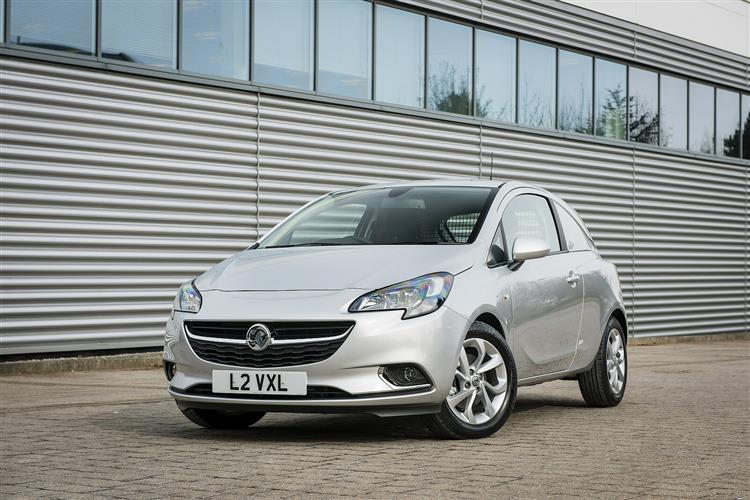