The Jaguar F-TYPE R Coupe brings some big guns to the sports car sector, with a 575PS supercharged 5.0-litre V8 under the bonnet and it's laden with goodies like AWD, torque vectoring, carbon ceramic brakes and a 380w Meridien sound system. It'll bludgeon its way to 60mph in just 3.5 seconds and the asking price is around £97,000.

Is £97,000 a lot of money to pay for this car? Think carefully about that for a moment because how you answer it will very much depend on how you position this car. Think of the Jaguar F-TYPE R as a small Porsche 718 Cayman-like coupe that's been hopped up on the juice and then that asking price might seem a bit optimistic. If, on the other hand, you see this as a car that offers more talent, presence, power and modernity than something like an Aston Martin V8 Vantage and it can be argued it's something of a bargain. We're tended towards the latter view. We've been impressed by every F-TYPE we've had seat time in and the R is just the ultimate - for now at least - extension of that line. With 575PS under the bonnet and a fantastic all-wheel drive chassis, this is the Jaguar sports coupe we've been waiting years for.

There's no other way to put this - the F-TYPE R is a monster. The powerplant is good for 575PS, with drive going to all four wheels via an excellent ZF-sourced eight-speed automatic gearbox. The extra rigidity of the coupe body helps the suspension and steering fine tune their responses. That said, the F-TYPE R is, like every other F-TYPE we've sampled, at its best when rough-housed. Expect the same delicacy and precision of a Porsche 911 and you might come away disappointed. The R rewards a bit of hooliganism behind the wheel and will entertain on track until the rear tyres are cremated. On road, it's better to be smoother with the controls where you can enjoy the huge reserves of torque, the clever torque vectoring system, the beefy carbon ceramic brakes and the smart logic of the gearbox software. What'll it do against the clock? Jaguar reckons 60mph disappears in 3.5 seconds on the way to 186mph. It's been independently tested over a standing kilometre in 21.49 seconds, which makes it quicker than a 997-generation Porsche 911 Turbo or a Lamborghini Gallardo. Those are some serious credentials. 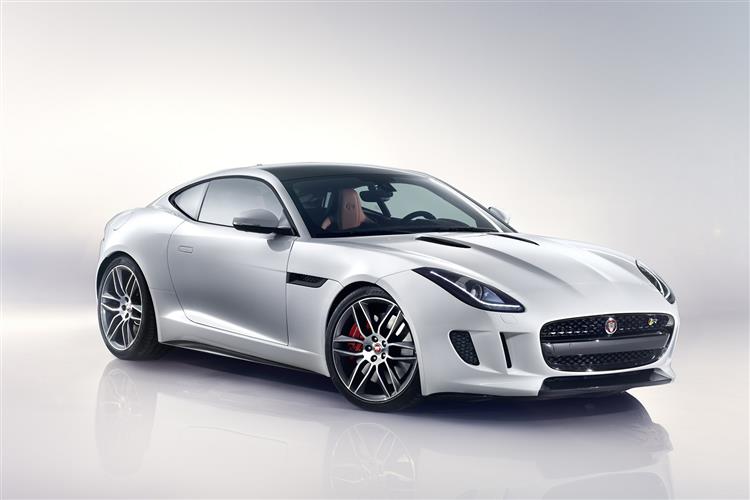