Porsche's third generation Cayenne aims to re-establish itself as the driver's choice amongst large models in the luxury SUV sector. Jonathan Crouch takes a look.

Porsche has rejuvenated its large luxury Cayenne SUV in this third generation guise. The styling represents a mere gradual evolution - with over 770,000 sales on the board with this model since 2002, you wouldn't really expect much else. But the changes inside and beneath the skin are genuinely far-reaching. If you're buying in this segment, you have to consider this model.

The 911 sportscar may be the model Porsche is known for but it's the Cayenne large luxury SUV that has established the company in his modern era. And made it one of the world's most successful car manufacturers. For some time in the early part of this century, the Cayenne was the brand's best seller. Indeed, for most of his Millennium, this SUV has out-sold all of Porsche's other models put together. That won't be the case with this third generation version is because it now sells above a smaller, more affordable Porsche SUV model, the Macan. So the Cayenne must fulfil a slightly different role in the company's line-up. Think this third generation version doesn't seem much changed in comparison to its predecessor? Think again. There's a platform shared with a Bentley, an interior to die for, a range of new engines and cutting-edge hybrid Plug-in technology that completely replaces diesel power.

Most of the engineering here is shared with Porsche's Panamera luxury 'Gran Turismo' model - but there are differences. Rather courageously, Porsche has decided not to include diesel power in this third generation Cayenne range, which means that the line-up kicks off with a turbocharged 3.0-litre V6 petrol unit developing 330bhp. Next up is the Cayenne S, which gets a twin-turbocharged 2.9-litre V6 good for 434bhp. At the top of the range is the Cayenne Turbo, which this time round swaps a 4.8-litre V8 for a 4.0-litre twin turbo V8 putting out a potent 533bhp. That makes it pretty much as fast as the Cayenne Turbo S in the previous generation line-up. This flagship model gets a ZF eight-speed auto gearbox rather than the twin-clutch auto of the equivalent Panamera. That's so as to preserve this SUVs prodigious 3,500kg towing capacity. The Hybrid version of this SUV is also subtly different from its Panamera counterpart. Whereas a Panamera S E-Hybrid mates its electric motor with a 2.9-litre V6, the Cayenne S E-Hybrid uses a 3.0-litre V6 - but from that point, most of the petrol/electric engineering (and the power it all produces) is much the same. The hybrid Cayenne's engine puts out 335bhp, a figure then bolstered by a further 134bhp from the electric motor, so total system power amounts to 469bhp. Optional extras (fitted as standard at the top of the range) include a new three-chamber air suspension system, an active anti-roll system and rear-wheel steering, but some enthusiasts might feel that these features detract a little from the purity of the driving experience. Most seem to agree that this now sets the class standard. It's also worth mentioning that this Cayenne is just as happy as its predecessor off the beaten track. A spare set of off-road wheels and tyres might prevent some costly refurbishment work to the standard alloys though. 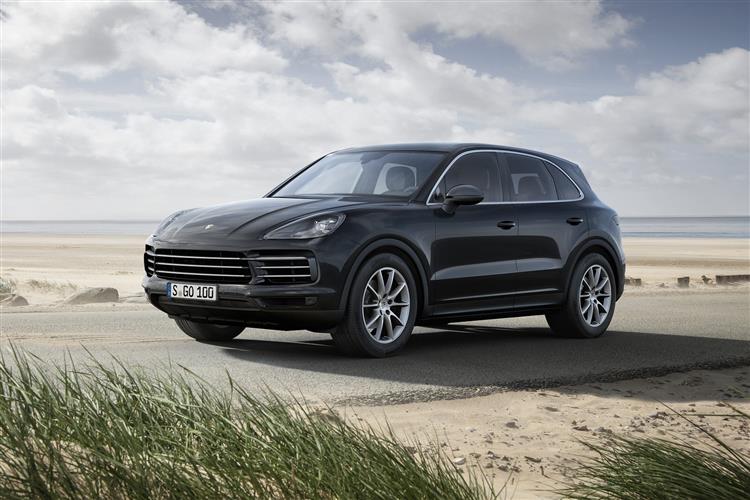