BUT OF CORSA (some text hidden)

With a little Gallic assistance, Vauxhall has rejuvanted its Corsa supermini to make sure it stays relevant to buyers in this crowded market. Jonathan Crouch takes a look.

Time, perhaps, to change the way you feel about Vauxhall's Corsa. This fifth generation version aims to surprise in all the ways its predecessor was unremarkable. As a result, on paper at least, it's the most competitive supermini the brand has ever brought us. There's even an all-electric model.

Vauxhall's Corsa has always been a well-priced, practical supermini but it's usually been let down by distinctively average engines, a bit of a weight problem, less than cutting-edge technology and the lack of the kind of spark that would endear you to the thing. All stuff that Vauxhall reckons has been sorted in this fifth generation version. We'll see. The key boxes certainly seem to have been ticked here. Vauxhall is merely an Anglo/Teutonic outpost of the French PSA Peugeot/Citroen conglomerate these days, so it's not surprising to find this MK5 model Corsa pretty much completely based on the second generation Peugeot 208 announced at about the same time. Which means that this car will get that one's battery full-electric tech too - enter the Corsa-e. Most Corsa buyers though, will continue to want a fossil-fuelled lump beneath the bonnet. Vauxhall's also promising a big step up in provision when it comes to driver assistance systems, infotainment and connectivity. Sounds promising.

This PSA-era Corsa starts off with a huge advantage over its predecessors: a much lighter CMP platform that's enabled it to lose a shed-load of weight in comparison to its direct predecessor - 108kgs to be exact. Vauxhall's engineers would have liked to have built on this by specifically tuning the drive dynamics of this car to British roads - as the brand has very effectively done with previous generation Corsa models, but that wasn't possible this time round. Something evidenced, for example, by the way the slightly over-light steering hasn't been tweaked for the twistier, more challenging tarmac common in our market - as previously, it might usually have been. Engine-wise, we don't think your choice is going to be that difficult. You probably won't want a diesel - which is just as well because the 1.5-litre Turbo D unit is no longer offered here. Ideally, you'd want to look beyond the base petrol powerplant, a 75PS normally aspirated version of the PSA Group's usual three cylinder 1.2-litre engine that in this form doesn't have a great deal of pulling power. That same 1.2 Turbo unit's much better suited to this car in the turbocharged 100PS guise that we tried, a form in which it manages to be very competitively clean and frugal. You can order this unit with 8-speed auto transmission - and you have to have an auto if you get the top 1.2-litre 130PS powerplant. As for the all-electric Corsa-e version, well just one variant of that is available featuring a 50kWh battery mated to a 100kW electric motor, this confection developing a healthy 134PS. 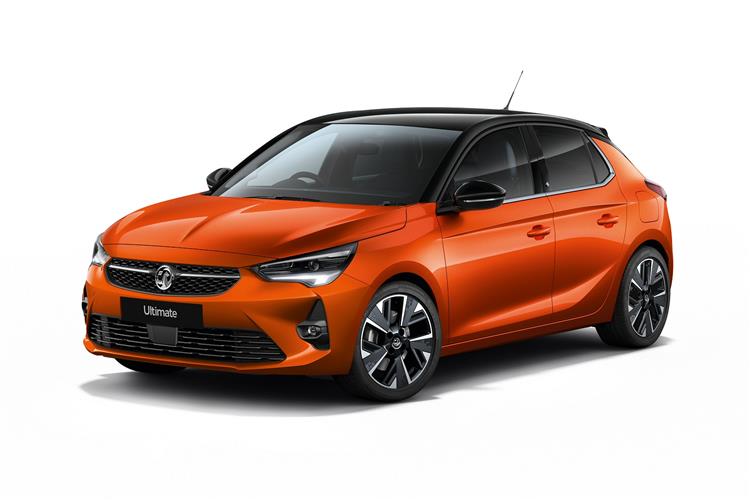