MG brings us its first PHEV. Jonathan Crouch takes a look at the HS Plug-in.

The Chinese are coming - with a little help from British brand heritage. MG is one of Britain's fastest growing car brands and its progress has been helped by an early adoption of electrified technology, first with the full-EV version of the compact ZS crossover and now with this plug-in variant of the larger HS model. This is significant for the mid-sized SUV market, which has seen a glut of Plug-in Hybrids launched in recent times, all at rather over-ambitious prices. This Plug-in HS isn't inexpensive either, but its £30,000 price tag makes it by far the most affordable car of its kind in its segment.

Like the ordinary HS, this Plug-in version uses a turbocharged 1.5-litre four-cylinder petrol engine, but in this case, the powerplant in question is a fair bit more sophisticated. It's mated to a 6-speed automatic gearbox and works with a 90KW electric motor hitched to a four-speed drive unit and powered by a 16.6kWh battery pack. Together, the motor and the engine combine to provide 10 electronically controlled gear ratios that seek to always provide the optimal gear combination. When the battery pack is fully charged, a WLTP-rated pure electric range of 32 miles is apparently possible, which in urban conditions MG says can be stretched as far as 43 miles. The Plug-in hybrid powertrain has a maximum output of 258PS and 370Nm of torque - sufficient to get the car to 60mph in 6.9 seconds on the way to a top speed of 118mph. Because this is a front driven-only model, you shouldn't expect to be able to engage in any serious off road shenanigans - the relatively restricted ground clearance doesn't allow for that anyway. And, given the extra weight of all that electrical hardware, you shouldn't expect ride and handling to be cutting-edge, though typical family buyers will probably be quite satisfied. 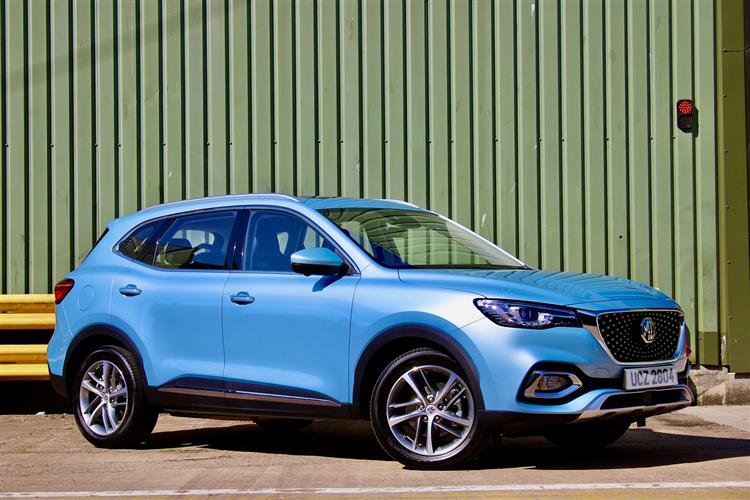