Want a more focused Volkswagen Golf GTI? Then you want the GTI Clubsport version. There's a little more power, a little more visual presence - and a lot more motorsport tuning care. Producing what many enthusiasts will feel is a very satisfying end result.

The space between the Golf GTI and the Golf R is surely the smallest of market niches, but Volkswagen has for years been determined to fill it - and does so in the MK8 Golf range with this car, the GTI Clubsport. To wonder why this model exists when for not much more, customers could go faster and get 4WD in a Golf R is to miss the point. Golf GTI enthusiasts often dismiss the Golf R as a hot hatch for bored executives, rather than one for the Nurburgring. They want something more focused - a Golf GTI with motorsport genes. The sort of thing that was served up in the previous generation range by the GTI TCR, those letters standing for 'Touring Car Racing'. Now that Volkswagen has turned its back on the TCR class, it's decided to return to the 'Clubsport' name last used on a Golf in 2016.

This car feels properly quick, so that's a good start, the 'EA888' 2.0-litre TSI petrol turbo powerplant supplied here in its 300PS state of tune, which is 55PS more than you get in a standard Golf GTI. It's the same engine you'll find in a CUPRA Leon TSI 300. The power hike comes courtesy of a higher boost map and a larger intercooler, plus a different turbocharger. All of which gives the car a more energetic character at higher revs, where only 5.6 seconds is necessary to get from rest to 62mph. That's only 0.7s faster than the standard GTI, but that isn't what you're really paying the extra money for here. Just as on a Golf tuned for club racing, lots of little changes make the difference. There's a 10mm lower ride height, which results in significantly greater camber for the front wheels. The front springs and dampers are the same as those in a GTI, but there's a new control arm mount, new wheel mounts and new rear springs and dampers. Plus the car's VDQ electromechanical differential lock has been re-tuned. And the front brakes are upgraded with the same 357mm discs and 2-pot calipers used in the Golf R. Unfortunately, you have to pay extra for DCC adaptive damping (standard on the CUPRA Leon) and sadly, there's no manual gearbox option - which doesn't seem very 'club sport'-like - but the 7-speed DSG paddle shift auto has a shorter final drive. Best of all perhaps, there's a bespoke addition to the standard GTI suite of selectable drive settings, charismatically christened the 'Nurburgring' mode. This apparently was the setting that development driver Benjamin Leuchter used to lap the classic Nurburgring Nordschleife a claimed 13 seconds quicker than the standard model - in 7 minutes 54s if you're interested. You'll need to be a real enthusiast to really appreciate the difference that all this these little changes make, but if you are, you'll like the effect very much. Especially if you're on a track. Which, given the name, seems appropriate. 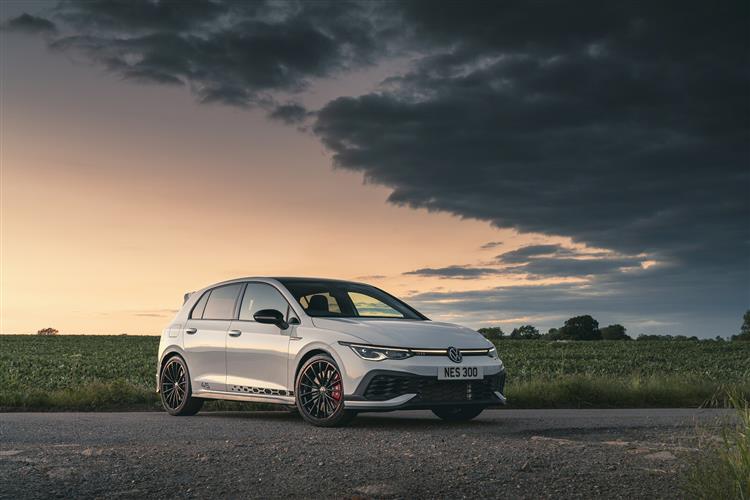