HARDLY AN EPIC (some text hidden)

It was always going to be a big ask for Chevrolet. Convincing UK buyers to stump up for a big, rebadged Daewoo saloon looked only marginally easier than coming out the other side of the credit crunch in one piece. Somewhat remarkably, it seems Chevrolet just about squeaked both assignments. Although the Epica was only on sale for less than two years, it wasn't the sales disaster many predicted and used examples are around in meaningful numbers and at very keen prices.

The Epica seemed a long time coming. Press releases started landing in editorial offices back in 2006, promising a car that would change the way we thought about the brand. 'Family car value with executive style' was the tagline but it wasn't until fully two months later, in February 2008 that the first cars started landing in UK dealerships. Two engines were offered and sales were split fairly evenly between the 141bhp 2.0-litre straight-six petrol unit which marked the entry level point into Epica ownership and the rather preferable 2.0-litre 148bhp common rail four-cylinder turbodiesel engine. Chevrolet attempted to reignite public interest in the Epica by announcing a range of optional extras including a sat nav system, a body kit with exhaust finishers, a tow bar and a boot load liner. Sales of the car were steady if unspectacular and Chevrolet reined in its ambition in 2010 by quietly discontinuing the Epica and concentrating on the smaller and more popular Cruze model.

What You Getword count: 300

The shape is neat, albeit slightly unadventurous and it's possible to walk round the car without being able to spot a bad angle. The high haunches and sculpted flanks are reminiscent of Honda's latest Accord, in itself no bad thing. There's more Honda-like DNA when you move round to the back of the car and until most driver's clock that Chevrolet bow-tie badge and the Epica name, they'll assume it's an Accord. The front end is the most distinctive area, with big headlamps smeared backwards onto the wings and a very clean look to the grille and underbumper assembly. The rising waistline gives the car a dynamic appearance, although the overhangs are a little longer than many of its rivals. With an increased emphasis on pedestrian safety, the days of wheel-at-each-corner design may well be on the wane. The Epica offers a lot of car, the tape measure showing it to be fully 4,805mm long. By way of comparison, an Accord is 4,665mm long, a Mondeo 4,731mm long and a Peugeot 407 breaking the tape at 4,676mm. In fact, the Epica is closer to the 4,841mm length of a BMW 5 Series than many of the current crop of family saloons and hatches. Both LS and LT versions have impressive levels of standard equipment, with the entry-level 2.0LS petrol getting air conditioning, cruise control, electric front and rear windows, a CD-stereo with MP3 input socket, remote audio controls, front fog lamps, 16-inch alloy wheels, front, side and curtain airbags and power-adjustable mirrors. The LS diesel offers the same specification as the petrol, while LT spec cars add electronic climate control, rear parking sensors, leather seat trim, heated front seats, rain sensitive wipers, a CD autochanger, electrochromatic rear view mirror, power-adjustable driver's seat, trip computer, electronic stability control and 17-inch alloys. 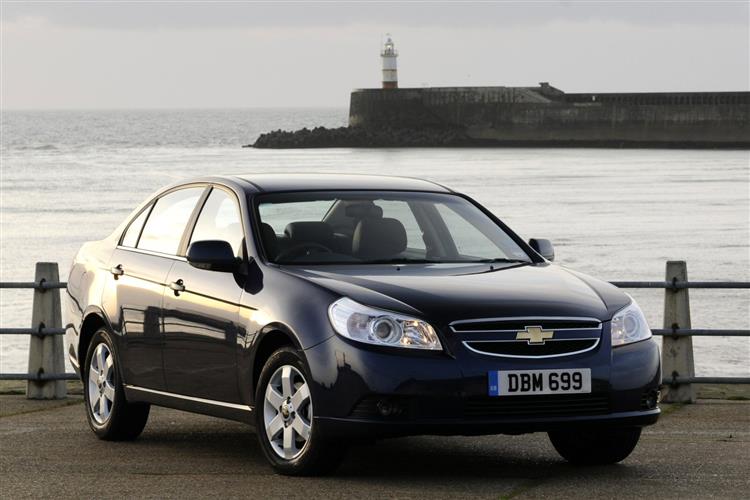