The premise that the smaller the Fiat, the better it is has worked quite well until recently. The Multipla and, to a certain extent, the Sedici have bucked that trend but it was the 2006 launch of the Grande Punto that finally saw big mean beautiful in the Fiat stable. No other supermini looks like it and none have its effortless style, spawning demand for used examples that's very strong. Find out here which makes the best buy second time round.

From conception to a production reality in less than 22 months, the Grande Punto was evidence of Fiat getting its act together and doing it fast. No expense was spared at the model's Turin international launch in 2005, the company wheeling out Luca di Montezemolo, CEO Sergio Marchionne and even Michael Schumacher put in a cameo appearance. The message was clear. This car was crucially important. Fortunately European customers have embraced the Grande Punto and the model also garnered some critical acclaim in press reviews. Based on the same platform as the MK3 Vauxhall Corsa, the tentative but ultimately aborted relationship between General Motors and Fiat produced a very good car in the Grande Punto. A turbocharged petrol-powered 1.4-litre T-Jet 120 variant was added to the range in August 2007.

What You Getword count: 505

Studies of car buying behaviour have shown that many customers don't need the hard sell. All they need is a picture and the buying decision is made. Of course, it helps if the picture being shown is of something sleek and sexy, rather than a car with a face like a bucket of smashed crabs, and that sort of thing is a whole lot easier with coupes and sports cars. Superminis are, by their very nature, short, tall and rather dumpy looking. Fiat, it seems, have decided to disagree with that received wisdom and, against all odds, their Grande Punto has that instantaneous 'want one' factor. Look at those teardrop-shaped headlamps and chromed air intake. If you saw that appearing in your rear view mirror, you'd be forgiven for thinking a Maserati Coupe had sliced through the traffic and was sitting on your back bumper. Styled by Italdesign-Giugiaro in partnership with Centro Stile Fiat, the Grande Punto is one of those rare cars that looks good from every angle. Five-door or three-door version, it makes no difference. The shape just works. What has helped the car's proportioning is a subtle letting out of the car's belt. As its name suggests, this model is significantly bigger than the Punto it replaced, helping the stylists create a sleeker profile. In fact it's fully 23cm longer than the old car, but only 2cm wider and a mere centimetre taller. These proportions lengthen the look and the sleek styling is aided with neat detailing such as the Formula One-style door mirrors and the neat badging. Upgraded interior trim materials were put in place across the range from launch and the trim level hierarchy was split into Elegance, Comfort and Sport sections. Buyers preferring to take it easy could select from Active, Dynamic and Eleganza with Active customers also offered the self-explanatory AirCon pack. The Sport side of things yielded Active Sport, Dynamic Sport and range-topping Sporting versions which highlighted the Punto's more aggressive side. Interior space - as you would expect from a car this generously endowed in the wheelbase department - is a standout feature. The 275-litre boot is about average for the class but rear leg and headroom is very good indeed. Fiat claim the interior 'represents the epitome of Italian style', although that may be stretching the point a little. It's rather minimalist in fact, the main dials being housed in a curiously flat-topped binnacle with an unexceptional centre console that, from a purely aesthetic perspective, is probably the car's weakest point. Still, it's undoubtedly functional, and if you get confused by the big buttons, self explanatory ventilation controls and stereo controls, then modern life has really got on top of you. One particularly smart touch is the extension of body colour to the soft trims and dash inserts. If the dashboard in the car you're looking at is finished in grey or black, it can look a little dull, but find one trimmed in red and you'll find the coloured touches really lift the cabin. 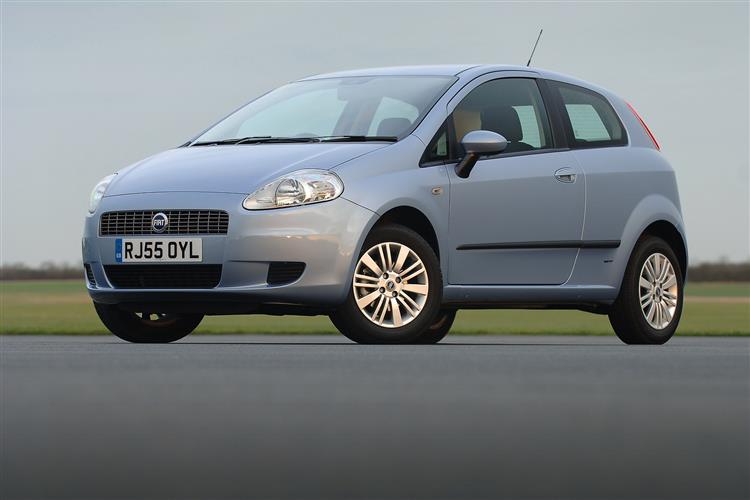