The Jeep Cherokee is a car that never quite made a seamless translation into British automotive culture. For about five minutes back in the mid Eighties it was fashionable, but since then it has been outsold by more sophisticated rivals from both Europe and Asia. Sophisticated only gets you so far when you're up to your axles in mud, though, and one group that Jeep has had no problem selling to are those who actually use the vehicles as Jeep's designers intended. The third generation Cherokee we examine here was a short-lived thing but used examples are around if you're prepared to put in the legwork.

The original XJ-series Jeep Cherokee imported to the UK was that squared off vehicle with the fake wood interior that was small just as every other 'compact' 4x4 got big. Its replacement (the KJ) was an altogether curvier thing and its styling appealed to ladies who were then rather crestfallen by the fact they needed a sports bra and ear protection to drive it. The third generation (KK) Jeep Cherokee is by far the best but it didn't hang around for long, its 2.8-litre diesel engine getting the red card from the burghers in Brussels due to its poor emissions record. Shame. Jeep looked like getting the formula just right after 26 years of trying.

What You Getword count: 207

The bluff front end with its square headlamps and the steroidal wheel arches are distinctly reminiscent of the Dodge Nitro and the similarity is not accidental, the two cars running on a common platform. The Cherokee is a degree bigger than its predecessor, with a wheelbase that's around 50mm longer and the wheels have been pushed wider by some 25mm front and rear. It's also lower by around 75mm but the load height of the luggage bay is higher by the same amount. Jeep compensates by extending the length of the cargo bay by 75mm. It's still not that big for full-sized rear seat occupants but makes use of its space more intelligently. Build quality can best be described as functional. The American domestic market doesn't seem to place too much store on materials quality and the Cherokee feels built down to a price. On the plus side, it's very rugged and you don't have to look at the manual to figure out how the controls work. The feel is a good deal more masculine than that of its rather rounded predecessor, a car that gained 60 per cent of its sales from women. This time round the target demographic was a little more hairy of chest. 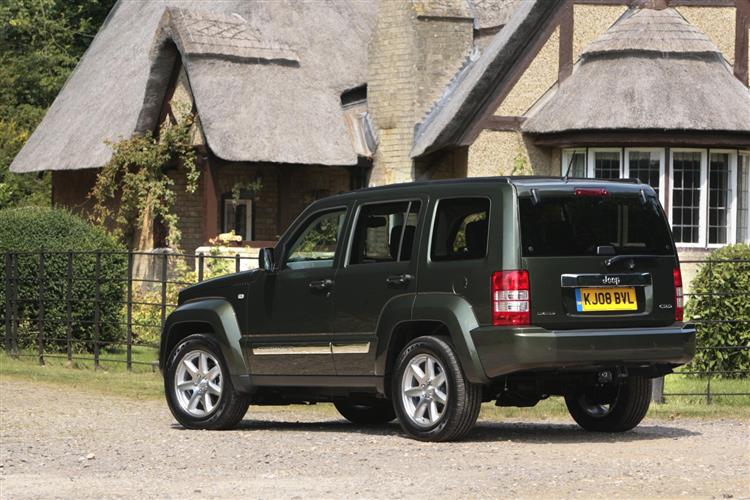