The Chevrolet Corvette came of age with the C6 generation car. This was the model that finally stopped all the jokes about American sports cars being unable to go round corners. With a great chassis, superb V8 engines and a competition record to rival the very best, the Corvette C6 is a serious piece of tackle. Despite all of this, you'll find a used example for thousands of pounds less than you'd pay for something like a Porsche 911. If you're interested in a proper performance bargain, here's what you need to know.

Although the Corvette C6 was unveiled in 2004 and went on sale in the US in 2005, 'official' British imports of coupes and convertibles didn't begin until later in 2005. All cars were and continue to be left-hand drive which has acted as a deterrent to some potential buyers but it was hard to argue with the Vette's value proposition. These early cars were powered by a 6.0 litre V8 engine with 400 bhp and 542 Nm of torque. An optional electronically controlled six-speed Paddle Shift automatic transmission was launched in 2006, when C6 prices started at a very modest £46,595. Also sold alongside the 6.0 car was the Corvette Z06. Powered by a 7.0 litre V8 engine with 505 bhp and 637 Nm of torque, the Z06 was, at the time, the most powerful passenger car ever produced by General Motors. It still undercut a Porsche 911 at just £59,895. In April 2007 a special edition Ron Fellows edition of the Z06 was launched with just six cars offered to UK buyers. Priced at £69,185, the Ron Fellows car featured the newly uprated 512bhp LS7 engine. Also arriving in Spring 2007 was the Victory Edition Corvette 6.0. To celebrate the success of Corvette in the Le Mans 24-Hour event, a limited run of just 250 Victory Edition Corvette Coupes was produced, priced at £51,285 and featuring the 404bhp version of the LS2 V8. Paddle shift auto models were also offered at £53,685. The most significant change to the C6 'Vette came in 2008. The engine was uprated to LS3 specification, with 6.2 litres in capacity for the standard car, boosting power to 434bhp. The interior was also treated to a slightly better quality finish. The astonishing supercharged ZR1 was also introduced. Priced at £109,000, the 640bhp ZR1 had the performance credentials to make many rivals supercars look rather silly. In the hands of test driver Jim Mero it also claimed the production car record at the N??rburgring with a lap time of just 7 minutes 26.4 seconds.

What You Getword count: 522

Ask any bunch of committed petrolheads to identify what was wrong with the Corvette C5 and you'd rapidly achieve consensus. For all its power, the car was just too big and unwieldy. The interior looked entirely too petrochemical to cut it in an aspirational market and you were forced to sit on the wrong side of the car. While Chevrolet is doing nothing to remedy the last complaint, the other two have been addressed, more or less successfully, in the C6. Most cars pile on the weight with each successive generation. There are exceptions - Toyota's third generation MR2 springs to mind - but as a rule, the onset of middle age spread is hard to reverse. The Corvette is a far leaner product than its predecessor. It also possesses a far more purposeful stance with the wheels moved out to each corner, helping both interior packaging and handling balance. Combine the weight loss plan with an increase in swept volume to fully 6.2-litres and you've got a very potent car indeed. Not that the C5 was particularly tardy in a straight line. The C6 is in a different league altogether and now trades punches with cars two or three times the Vette's asking price. With 437PS on tap, the Corvette can generate an awesome 575 Nm of torque at 4600 rpm. Yet it weighs about the same as a Mitsubishi Evo VIII, and is smaller in every key dimension than a Porsche 911 Turbo. Along with the more athletic stance, most will notice the projector front headlamps that have replaced the pop-up items, much to the chagrin of Corvette enthusiasts. Pedestrian safety laws have spelt the end for this design feature. Plus the fact that the latest fixed units are lighter, brighter, cheaper to manufacture and give the Corvette's front end a little more personality. From the front it looks as if the personality it has chosen to adopt is that of a Ferrari 360 Modena but if you're going to ape anything, a Ferrari isn't a bad start. The interior looks a good deal more European, even if passengers do get a hugely unsubtle 'Corvette' script emblazoned across the airbag cut out in front of them. The fascia features some brightwork to lift it and the materials quality has improved from dreadful to rather acceptable. On closer inspection, the fit and finish isn't really up to snuff, but it at least passes initial muster. What the cabin lacks in quality it makes up in quantity, both in terms of space and when it comes to standard fit features. Choose the targa version and there's plenty of room for flattish luggage, although it will get a little broiled by the glass hatch. Elbow, head and shoulder room is all very good, legroom not quite so stellar. What's refreshing is that the Corvette isn't trying to be self consciously smart. Sit in a BMW 6 series and you end up intimidated by the impenetrable i-Drive and the myriad obscure minor controls. Sit in a Corvette and you just punch a few chubby buttons and get on with it. What To Look For 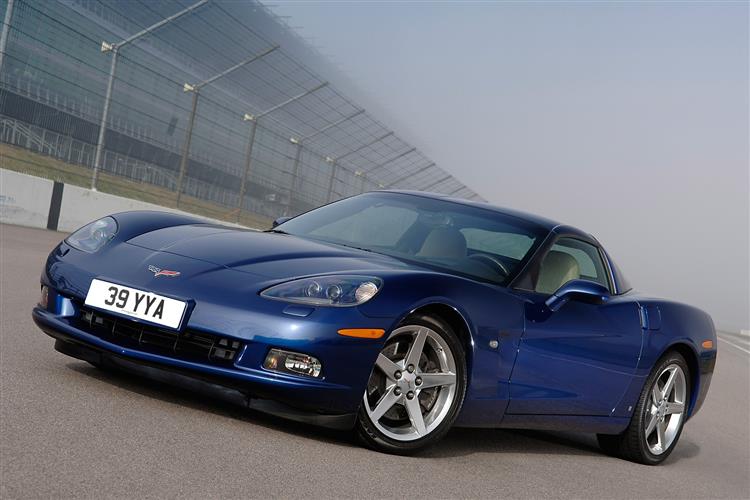