Although they've made great strides in recent years, big SUVs still don't have the most politically correct image. A less conspicuously supersized 4x4 seems a little more in keeping with the environmental message, some being no more toxic at the tailpipe than your average five-door family estate. But some, inevitably, are more 4x4-like than others and you'd expect a car bearing the Jeep badge to be one of these. It's the sibling vehicle to the Compass, that rather bulbous model that's not really aimed at an off-road market and while the Patriot we're looking at here shares many of that car's underpinnings, it is, thankfully, more of a proper Jeep, good enough to keep you moving through all but the most extreme conditions. Here's what to look out for when trying to track down a used example.

Launched at the affordable end of the compact 4x4 sector in 2007, the slab-sided Patriot was quickly upgraded in 2008 with a much higher quality interior. Jeep made no great secret of the fact that the Patriot was aimed at men and the Compass women. Fully expecting all the bases to be covered, Jeep was disappointed when sales were anything but rosy, both models getting an initial slating by the press based on the cheap feel of their interiors. Hats off to Jeep for stepping in quickly with the remedial action. For 2008 the Patriot got a smoother-look instrument panel, a redesigned centre console and remodelled door trim. There was also a carpeted load floor, floor mats and touches of additional chrome that are even more evident on Limited variants which also got a windscreen with top-tinted glass. Although it's fair to say that these changes didn't revolutionise the Patriot's sales record, they did make it a more pleasant place to sit than the first batch of cars. I'd also say right at the outset that it's a far better vehicle than the initial reviews suggested. It's just not an obvious one. Two engines were available. The petrol engine was a rather thirsty 2.4-litre petrol unit while the more desirable choice was the 2.0-litre CRD diesel sourced from Volkswagen. As before, customers chose between Sport or Limited trims. A revised Patriot was announced for 2011 with a 2.2-litre diesel, a new look front and rear, body cladding on the sides and an even bigger equipment list.

What You Getword count: 181

When new, the Patriot was a more costly alternative than budget alternatives like Kia's Sportage or Suzuki's Grand Vitara. It was significantly cheaper than cars like Toyota's RAV4, Honda's CR-V or Land Rover's Freelander though. The entry level trim is Sport and this includes features like air conditioning, a tilt-adjustable steering column and a special wipe clean seat fabric. There's also electric windows, a single disc CD radio with AUX and MP3 capability and 17-inch aluminium wheels. Opt for the Limited and there are front fog lights, electric mirrors, cruise control, a six-disc CD system and leather-trimmed seats. Plus at this level there's the option of Jeep's clever Sound and Navigation Group, their state-of-the-art vehicle infotainment system, consisting of uconnect gps sat nav, uconnect Bluetooth-enabled phone and the premium Boston Acoustics sound system. Whichever Patriot you choose, there's a decent range of safety equipment. Front, side and curtain airbags are standard. So is ABS, ESP stability control with Electronic Roll Mitigation, rear-seat Isofix mounting points and a rollover prevention system. You also get remote central locking, and an alarm and immobiliser. 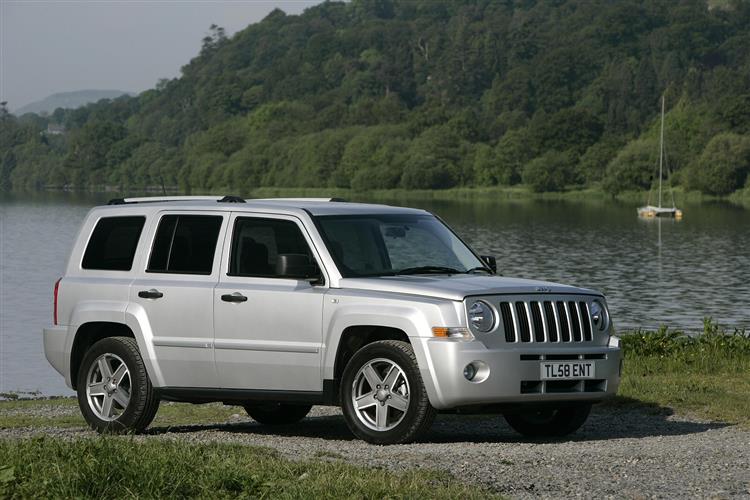