EYES ON THE SIZE (some text hidden)

Following in the tyre tracks of the phenomenally successful XC90 was always going to be a daunting task, but when Volvo decided on a smaller SUV model to complement its seven-seat cash cow, few initially realised quite what a natural fit the XC60 would prove. Perhaps the greatest compliment you can pay the XC60 is that it really makes you ask some hard questions about whether you really need the added space and the added cost of an XC90 when there's such a good vehicle in the line up. Used buyers are asking the same question and many of them see no need to go any bigger than the slick '60.

The Volvo XC60 Concept had its first airing at the Detroit Show in early 2006. "The XC60 Concept features a number of innovations that indicate how our cars will look in a few years time. It is time to once and for all forget about boxy Volvos," said Design Director Steve Mattin, at the time. "Instead, we will make our Scandinavian design heritage more emotional and radiant by adding sculptured, exciting shapes and innovative features." He was true to his word and when the production XC60 was unveiled it was remarkably true to the lines of the show car. The first UK cars made landfall in autumn 2008 and the range consisted of 2.4-litre diesel of either 163bhp or 185bhp D5 variety. Customers weren't long on petrol engine choice, with just a grunty 282bhp 3.0-litre T6 unit available. In Spring 2009, the 163bhp diesel engine in the range was upgraded to 175bhp with front-wheel drive variants being offered for the first time under the DRIVe eco badge. November 2009 saw the announcement of the sportier R-DESIGN models. Buyers looking for a more economical petrol choice had to wait until 2011 and the launch of the T5 model. It still wasn't what you'd call modest though, its 237bhp power output making it more than a bit lively.

What You Getword count: 248

Can we really class a 1,825kg car measuring 4,628mm in length and 1,891mm in width as a 'compact' 4x4? Its British designer Steve Mattin says we can. The suspension of disbelief is made easier by the way the XC60's exterior styling disguises its bulk. Imagine an XC90 that's been on a hot wash cycle for a couple of hours and that's what the XC60 resembles; shrunken slightly, a little chamfered in its edging but recognisably a Volvo product and one that the company claim has turned up the visual volume. The grille is a little bolder, the car's 'shoulders' more distinctive, especially when viewed from the rear. There's only room for five but at least the rear seats are higher than the front pair to give better visibility for children and the two outer seats in the back can be specified with two-stage booster cushions. The rear passenger compartment is roomy and a couple of six footers would be comfortable here over a long trip. The load opening at the back is also the widest amongst the XC60's direct competition, opening to reveal a 655-litre capacity. As in the XC70, the rear seat is a three-piece affair that folds 40-20-40, with each section capable of folding down completely flat to ultimately create a 1455-litre carrying space. Under the boot floor, there's a secure storage area that can't be opened without the tailgate being lifted, making it a great place to keep valuable items safe when the car's parked. 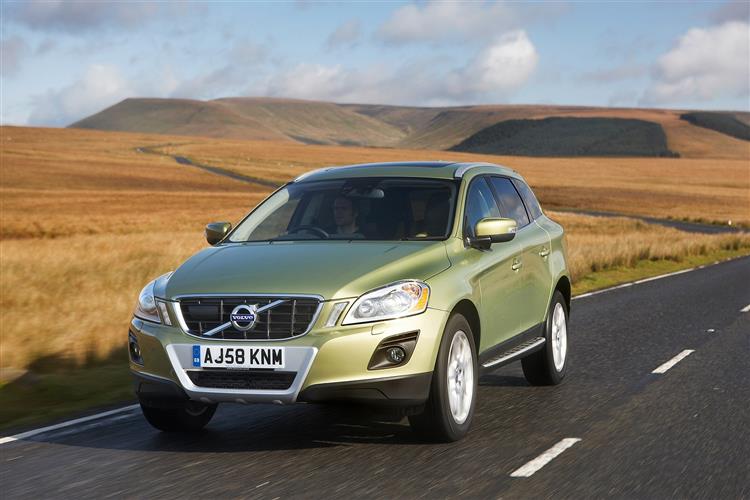