We're always being asked to recycle but it seems that car companies are guilty of failing to recycle great designs that still have a lot of life left in them. Rather than devote huge resource to developing its own family saloon and estate, SEAT instead did something very smart. Audi was in the process of launching a new A4 and SEAT took the old car, made some minor branding changes and relaunched it as the Exeo. While some sniffed at this tactic, many took it to their hearts. Here's how to track down a used bargain.

SEAT's Exeo took quite a few of us by surprise. After all, it wasn't really the done thing to latch onto another company's cast-offs. This was the sort of tactic adopted by companies in India and the old Eastern Europe but so rapid are product life cycles now that even an outgoing Audi A4 was still a far better car than many of its rivals. SEAT realised this and rebadged the A4 with a few minor tweaks to become the Exeo, the car first appearing at the 2008 Paris Show. Now you might feel a little wary of buying a car that first appeared in Audi dealers in 2004 but the Exeo still feels a class act. The saloon model was launched with a choice of 120, 143 or 170bhp 2.0-litre TDI diesel engines or a 200bhp TSI petrol. The Exeo ST estates arrived shortly after and the most significant changes since then were the introduction of a CVT gearbox for the 143bhp diesel in 2010 and the realignment of the trim structure, slotting high value SE Tech and Sport Tech models into the range in May 2010. Late 2011 saw revisions to the car's styling, with bi-xenon headlights and LED daytime running lights, plus the interior materials were improved and there were incremental changes to reduce the Exeo's carbon dioxide emissions. Stop/Start and Ecomotive models are the big news for 2012. There's life in this old stager yet. 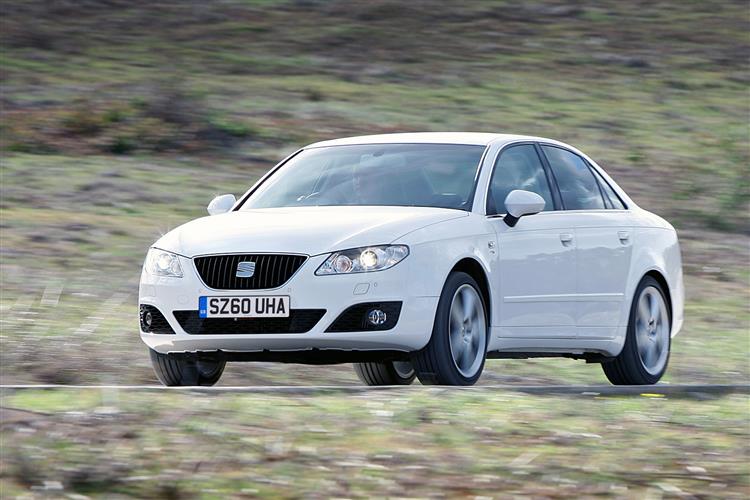