END OF AN ERA (some text hidden)

The Subaru Impreza is a car that for a moment seemed to have it all and then seemed to have nothing. Few would have thought in 1998 when the Impreza was in its pomp that less than a decade later, this performance icon would be a car that was largely forgotten about, but Subaru's decision to chase mainstream sales in 2007 with the third generation hatchback-bodied Impreza was a disaster. Never let it be said that the company wasn't willing to change though and the post-2010 versions of the MK3 design were a whole lot better - also helped by the additional availability of diesel power. Here's what to look for when tracking down a used example.

Many think of Subaru's decision to make the MK3 Impreza more mainstream akin to killing a goose that was laying golden eggs. Of course, Subaru never thought of it like that. They had plans to do all of the stuff you read in MBA set texts; leveraging the brand while developing a model with broader appeal. They looked at the big sales of cars like the Ford Focus and Volkswagen Golf and wanted a slice of that action but the plan was doomed from the outset for several key reasons. First and foremost, for UK buyers at least, the Impreza was all about the fast models. The less powerful cars sold in minuscule numbers and giving the car a hatchback and more family-friendly focus wasn't about to change that. Subaru was too far behind the curve to catch its mainstream rivals here. The second factor that scuppered the Impreza's chances was the fact it was built in Japan. Great for reliability, but as exchange rates swung against the Japanese, it meant that the products couldn't compete fairly in the European market. Subaru's UK importers found themselves stymied at every turn in trying to offer a competitively-priced car. When Subaru launched the third generation Impreza in 2007, it was met with almost unanimous disapproval. Too ugly, not special enough, no saloon model, no diesel to help boost sales - we heard it all. Fast forward to 2010 and Subaru set out to rectify all of those issues. A diesel version was introduced, we had handsome four-door saloons that looked completely correct in WR Blue with gold wheels, wide-arched WRX variants, and, if you wanted speed, then the Type UK and the subsequent savage SC400 Cosworth model were there for you. The Impreza had come good, but not before the damage had been done. Buyers had moved on and so had the Impreza's rivals. Still, it makes great news for used car customers who can now snap up some great bargains.

What You Getword count: 226

Buyers of diesel Imprezas have a pair of trim levels to choose from, badged RC and RX. Equipment levels are strong throughout, with even the basic RC featuring Xenon headlamps, electric windows, a 6 CD autochanger, front fog lamps, heated front seats, electric heated mirrors and cruise control. Make the step up to the RX version and keyless entry, full leather trim, electric driver's seat adjustment and an electric sunroof are included. Compared to rival family hatchbacks like the Ford Focus or Vauxhall Astra with similar 2.0-litre diesel engines, the Impreza 2.0D looked and was expensive. It's important, however, to factor in the Impreza's size, its all-wheel-drive mechanicals and its generous specification. The big change the diesel car made was to help the Impreza look affordable to run. Before the 2.0D models arrived, the Subaru Impreza's running costs were a significant handicap. The best fuel economy in the range came from the 38mpg 1.5-litre petrol model and if you wanted one of the high performance 2.5-litre turbo variants, then you'd be very lucky to average better than 25mpg. The 2.0D, by contrast, can chip in with a very creditable 47.9mpg combined economy figure and CO2 emissions of 155g/km. It instantly made the Subaru a far more attractive proposition for high mileage drivers and also encouraged a few company car users to give the Impreza some consideration. 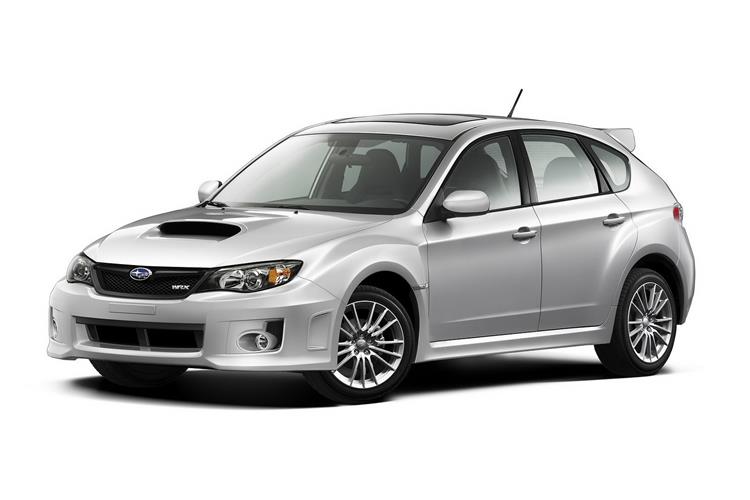