ONE OVER THE EIGHT? (some text hidden)

Sometimes the old ideas are the best. Although you'd probably concede that a modern turbocharged, all-wheel drive sports saloon that's capable of knocking on the door of 40mpg might well be the more effective and efficient solution, efficiency doesn't always spell fun. Levering a big V8 into a saloon car nearly always does. That's been the appeal of the Vauxhall VXR8 and although it's old-school, the grin factor doesn't get old. Here's what to look for if you fancy a used VXR8.

We could go back a very long way here. As you might well know, the VXR8, despite wearing a Vauxhall badge, isn't really a British creation. It's a slab of Australian beef that we've imported and rebadged. Yes, it sometimes seems about as suited to the UK as Mick Dundee would at the Hurlingham Club, but it's been a sleeper success story ever since it was first introduced back in 2007. Taking over from the Monaro coupe, the VXR8 offered a four-door body, based on the Holden HSV Clubsport. Under the bonnet you got a 6.0-litre V8 packing 424PS and was the VXR model available with the option of an auto gearbox. In 2008 the LS3 engine was fitted, with capacity growing from 5967cc to 6162cc, and thanks to various improvements over the outgoing LS2 unit, such as high-flow cylinder heads, new pistons and an enhanced valvetrain, power went up by 14PS to 431PS at 6000rpm. As if that wasn't enough, Vauxhall introduced the more focused Bathurst edition and the banshee Bathurst S, a £45,000 monster that featured a supercharger to lift power to 572PS. A big change came in 2010 when the VXR8 was updated to the later generation HSV E3 GTS model. This got niceties such as Magnetic Ride Control & Launch Control to complement the 6.2-litre 431PS V8 powertrain. Rather surprisingly, it took fully three years before Vauxhall decided to supercharge this model, the resultant GTS edition utilising an Eaton supercharger, to crank out 576PS. Based on the GEN-F model of the HSV GTS, this car undercut cars like the BMWM5 and the Mercedes E63 AMG by around £20,000 while offering an even wilder driving experience.

What You Getword count: 258

The 2007 car featured appropriately racy detailing, from the sharky gills on the flanks to the huge air intakes in the front spoiler. A rear spoiler, a rear diffuser and quad exhaust pipes will leave poor unfortunates under no illusion about the potency of what's just blown them into the weeds. The cabin is relatively airy with a decent amount of space in the back, a no-nonsense fascia with minor dials canted towards the driver and a beautiful set of front sports seats. Even the boot is decently sized. Build quality probably isn't going to give Audi any sleepless nights but the budget has been blown on the bits that matter. Later cars got a lot slicker inside with full leather trim is now standard and front occupants got huge HSV Performance Seats with eight-way adjustability. A much smarter instrument cluster and surround, centre stack and switchgear provided a cleaner and more integrated look. The materials used are still more American than European, but never mind the quality, feel the width. After getting out of an M3 saloon, the VXR8 feels enormous. Space in the back is decent and the boot is a good size. The exterior got a lot more extrovert on later cars with what Vauxhall calls a 'Shockwave' grille, plus LED daytime running lights and big wing-vents, while the rear features a 'Superflow' rear spoiler, LED tail lamps and twin exhaust tips that mimic the shape of the front grille. Choose one in Hazard Yellow if you suffer from some sort of attention deficit disorder. 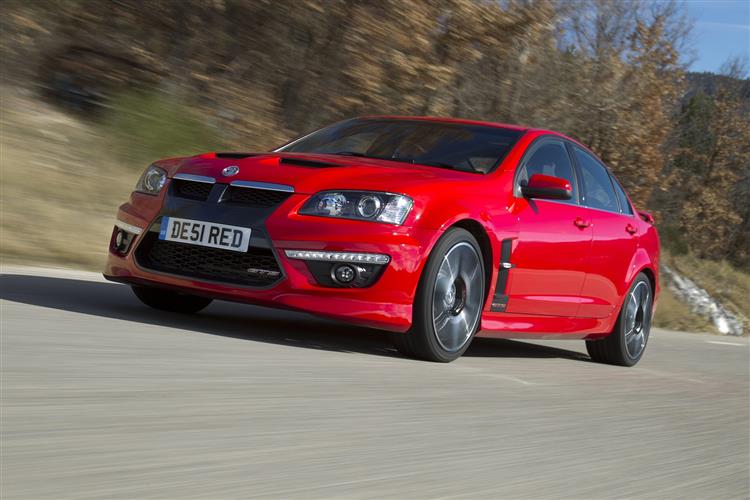