The Citroen C-SportLounge was a design study that arrived at the 2005 Frankfurt Motor Show and at first glance, seemed to be nothing more than a waste-of-space show car. Whereas once motor show design studies actually led to a production model, in recent years they've become a cheap stunt to grab attention if nothing else is particularly new. People have tired of those tricks and many dismissed the C-SportLounge prototype as a dead end. Citroen Design Chief Jean-Pierre Ploue's study was all dramatic one-and-a-half box proportions, with a dipping waistline and an open-ended roof graphic. It was clearly never going to get anywhere near production. Except it did. The DS5 was the result and while it's never been a big seller in the UK, it's a bold and interesting choice that might work even better as a used car. Here's what to look for.

A 'Different Spirit'. The meaning of these two iconic letters is the meaning too of the brand they represent. Today, the DS range defines what a Citroen should be, just as it did back in 1955 when the first car to wear this legendary badge was launched to an adoring throng at the Paris Motor Show. It was futuristic, it was innovative and it stood apart from the mainstream. As does its modern day successor, this car, Citroen's DS5, which first appeared before the world's media at the 2011 Shanghai Motor Show. The first cars to roll into UK dealerships arrived at the start of April 2012, with three trim levels, DSign, DStyle and DSport, and a choice of four engines; a 1.6 200PS petrol powerplant, a 110PS 1.6 diesel, a 160PS 2.0-litre diesel and a 2.0-litre diesel/electric all-wheel drive hybrid, the so-called HYbrid4. The DS5 quickly received a number of industry plaudits, being named Top Gear magazine's Family Car of the Year and was also voted Car Design News' Car Design of the Year by an international panel of automotive designers and industry experts. The range received a tweak almost immediately in July 2012. In order to drop the HYbrid4's emissions from 107g/km to 99g/km, smaller 17-inch alloy wheels were offered as a no-cost option on DStyle and DSport versions. Two new Signature packs were also announced for the DS5 HDi 160 DStyle & DSport models. The Sport Signature and Dark Sport Signature packs were priced at £650 and brought lowered suspension (by 7mm), black door mirrors and grey or black 19-inch 'Cairns' alloy wheels for the Sport Signature and Dark Sport Signature respectively. On all DS5 THP 200 versions, the striking Dark Sport Signature was fitted as standard with the Sport Signature pack available as an alternative no-cost option. Completing the July changes, the DS5's e-HDi 110 Airdream EGS6 powertrain was renamed e-HDi 115 Airdream EGS6 to reflect a slight increase in power from 111hp to 114hp. The drivetrain's performance figures, fuel consumption and CO2 emissions were unaffected. In October 2012, the HYbrid4 came in for yet more attention, with new management software, improved energy recovery when decelerating and braking, plus a new battery management system dropping CO2 emissions down to as little as 91g/km. In 2015, the DS5 received a modest facelift, more economical engines and lots more equipment.

What You Getword count: 296

Back in 1955 when the original DS was launched, those two letters were a play on the French word diesse, or 'goddess'. They designated automotive beauty, again delivered here in a form that Citroen describe as 'moving sculpture'. That balance between fluidity and tension, compactness and space, efficiency, boldness and elegance. The cabin's even more avant garde than the bodywork. Someone's really thought about the inside of this car - and they've not felt themselves to be constrained by convention in creating it, with a wraparound dashboard, aircraft-style overhead switchgear, an analogue clock, square instrumentation and a novel panoramic glass roof on plusher models like this one, split into three sections, each with their own blinds. Model for model, you're looking at a saving of up to a couple of thousand on comparable diesel Audi A4, BMW 3 Series or Mercedes C-Class diesel rivals. So it's well priced: you've got that. But is it also well equipped? Well you be the judge. Even entry-level models come with daytime running lights, front foglamps with a cornering function, electric folding mirrors, keyless entry and start, digital air conditioning, cruise control, Bluetooth compatibility for your mobile 'phone, auto headlamps and wipers and an auto-dimming rear view mirror. To this, most variants also add niceties like a 'cockpit'-style glassworked roof with its three powered blinds, rear parking sensors and a reversing camera, full or part-leather upholstery and the eMyWay satellite navigation system with live traffic information and European mapping. Options include a massaging driver's seat and a 10-speaker DENON hi-fi. Safety-wise, a 5-Star Euro NCAP rating is justified by the usual twin, front, side and curtain airbags, along with the usual electronic assistance for braking, traction and stability control to try and ensure that you'll never have to use them. 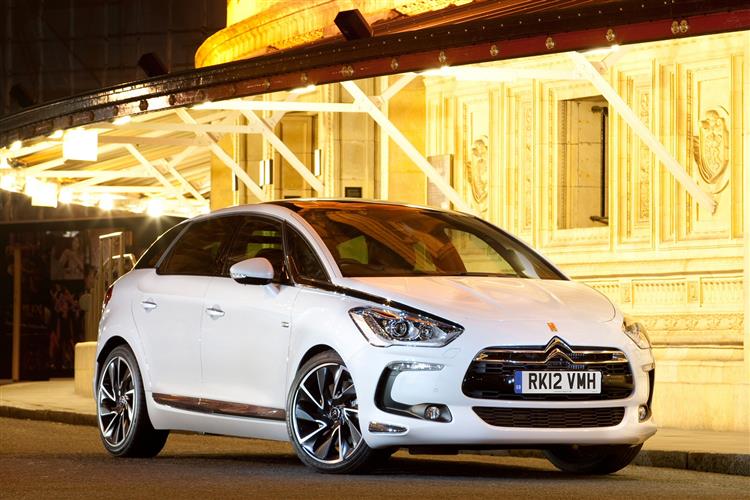