BACK ON IT (some text hidden)

The Subaru Outback is a one of those products that have an inherent beauty borne of sheer utility. It's a vehicle that's always bought to be used. You don't purchase an Outback to posture and preen. It's a no-nonsense piece of kit that also just happens to compete in a market sector that's all about posturing and preening. Perhaps that's why its quietly managed to carve out its own little niche that has gone largely unchallenged. We've had a look at earlier versions of the Outback in some detail, but the car we examine here is the revised Mk4 model, introduced in 2013 and running through to the model replacement in 2015. Here's the gen you need to know.

With a history going all the way back to 1996, the Outback was the original off-road-orientated family estate, with an image that, at the turn of the century, placed it comfortably alongside big Volvos and Land Rovers as a preferred choice for the tweed jacketed country set. In more recent times, it's been a rarer sight on our roads - something Subaru's importers set out to change in 2013 with the introduction of this much improved fourth generation version. The Japanese brand reckons that this was the original 'Crossover' vehicle. Now this may be true but the way the market now understands 'Crossovers' (as Nissan Qashqai-like SUV-styled family hatches with little off road ability) doesn't fit the Outback's remit at all. With a core market following in wild parts of Australia, America and Asia, it has to be pretty capable in the rough - or at least pretty capable for something that remains a conventional estate car. In this fourth generation guise, it continued to be. The Outback's based almost entirely on Subaru's Legacy Tourer estate, though it offers a tougher look and extra ground clearance, both key ingredients for the emerging market niche of capable all-wheel drive estates lately popularised by cars like Audi's allroad models and Volvo's XC70. It was in response to competition of this sort that Subaru launched the original version of this fourth generation Outback model in 2010, making it bigger and more capable than before. It wasn't enough, partly because the automatic gearbox most buyers wanted couldn't be matched with the diesel power most of them needed. Hence the need for this car, the smarter, more efficient and much improved MK4 model which kept this model range competitive between the Autumn of 2013 and the arrival of the all-new fifth generation design in April 2015.

What You Getword count: 428

The links between this Outback and the Legacy Tourer model it's based upon are obvious to any casual observer also familiar with Subaru's model line. Where the Outback goes its own way is with the metallic boarders for the larger round fog lights and the chunky skid plate that provides chin protection. Extended wheelarches and further body-coloured protection along the sills also emphasise the car's off-road credentials, as does its higher 200mm ground clearance. If your memory of Outback models goes back some way but you're not familiar with this MK4 model, then you might be surprised to find it a little bigger than expected. The fourth generation version took a step up in size from its predecessor as Subaru chased after buyers who might be considering cars like Volvo's XC70 or even maybe Audi's much pricier A6 allroad. That's something you particularly notice when taking a seat in the back. Here, there's reasonably comfortable room for three, assuming you're not using the centre folding armrest with its integral cupholders. The roominess is thanks in part to the way that the backs of the front seats have a concave shape to allow for extra knee room. It'll also help that the rear bench can, if required, be reclined by up to 20-degrees. To properly compete with prestige rivals, a far more upmarket cabin was necessary and though the original MK4 model offered a step forward in that respect, it still looked a little plasticky alongside the best of the competition. Hence the effort put into the revised version, which got smart carbon-effect accents on the doors, metallic accents for the centre console and the dashboard and a more ergonomic steering wheel design. There are classier instrument dials too, separated by a neat 3.5-inch colour liquid crystal display. Expect to find 526-litres of space with all the seats in place and 1677-litres when you flip the 60:40 split-folding rear bench down. The SX trim that all original buyers had to have comes with 17-inch gunmetal-coloured alloy wheels, silver roof rails, power-folding heated mirrors, a roof spoiler, UV-protected glass, a power-sliding glass sunroof, self-levelling automatic HID headlamps with washers, rain-sensing wipers and front foglamps. Inside, you get dual-zone automatic air conditioning, a six-speaker stereo system with USB and aux-in compatibility, Bluetooth 'phone compatibility, a trip computer, a VGA centre display with rear parking camera, heated sports seats with power adjustment for the driver and a leather-trimmed multi-function steering wheel from which you can operate cruise control. Original buyers only really had two extra cost options: leather trim and satellite navigation. 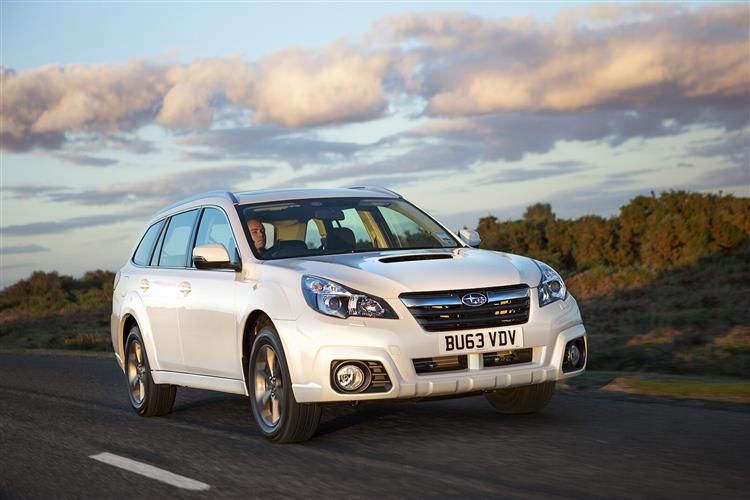