The Suzuki Splash was never much of a sales success, but that's no reason to discount it when buying used, especially with the 1.2-litre engine found in post-2011 facelift models. If you find the mainstream city cars either too common or too small but don't want a Fiesta-sized supermini, the Splash might be worth a look. Here, we'll concentrate in detail on the later versions.

The first Splash came out in 2008 and shared underpinnings with the slightly more popular Vauxhall Agila. Sitting between the tiny honest-to-God Alto and the larger, better-known Swift, the Splash occupied what was, to some, a no-man's land. When looked at another way, however, it bridged the gap quite neatly. When the Splash came to its mid-life facelift in 2011, the major improvements were made under the skin. The 1.2-litre petrol engine was replaced by a similarly sized 94PS unit nabbed from the Swift, delivering comparable fuel economy to the smaller 68PS 1.0-litre engine also available, despite boasting an extra 26PS. Other tweaks included new trim levels, which saw GLS and GLS+ replaced with SZ2, SZ3 and SZ4 - a system more in line with the other models in the Suzuki range.

What You Getword count: 190

Basic SZ2 models come with electric windows, remote central locking, a CD player and a leather-wrapped steering wheel. Other than that though, there's an awful lot of nothing much. Even air conditioning doesn't come as standard. Further up the range, alloy wheels, air-con and front fog lights all come into play, so SZ4 or SZ3 models, perhaps those with a few optional extras, make the most advisable used choice, especially as they're the ones available with the choice engine, the 1.2. Regardless of engine or trim level, the Splash provides an almost Tardis-like cabin, with bags of leg- and head-room for passengers. The trade-off, unfortunately, is boot space, with the 178-litre area proving something of a disappointment. Still, if you're prepared to fold down the rear seats, you'll manage a much more competitive 573-litres of luggage space. If you're set on an automatic version, there's bad news: the Splash only comes with an automatic in range-topping SZ4 guise with the 1.2-litre engine. It was the most expensive Splash at launch and it remains the priciest, with the majority of three-year-old, low-mileage examples on forecourts with ticket prices of over £7,000. 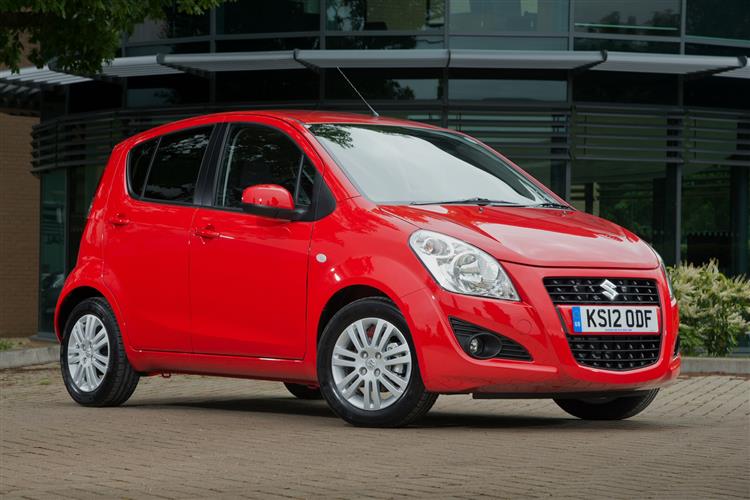