There's nothing quite like a Porsche 911 - and on the used market, as for new buyers, there are plenty of options to choose from. Whether it's rear or four-wheel drive, hard top, soft top, normally aspirated, turbocharged, businessman's express or race refugee, the sheer number of different variants can be absolutely dizzying. So let's simplify things. Essentially, there have really only been three completely all-new 911 models ever launched. There were the air-cooled models, which lasted until 1998, then a design with water-cooled engines built over two generations from then on. And then this car, the seventh generation so-called '991' series. It may not look much different from its predecessors but at launch in 2012, it very much was, with an all-new aluminium/steel composite construction, a world-first 7-speed manual gearbox, better packaging, higher quality, a whole raft of efficiency improvements and, yes, more power. As the used sportscar you've always promised yourself, it's a force to be reckoned with.

For half a century, there have been sportscars. And then there's been Porsche's 911. Today, you simply wouldn't design a high performance model of any kind like this, engine pitched right back, hung over the rear wheels. Which is exactly why, since it first appeared in 1963, there really has been nothing quite like this car. And probably never will be. Porsche doesn't need to fundamentally change the formula, for in its Cayman model, it already offers a more conventional performance coupe. But back in 2012 when this '991' series model was launched, the company was very much aware that it needed to finesse it in the face of increasing competition from desirable high performance alternatives made by Audi, Jaguar, Maserati and Aston Martin. This was the seventh generation 911 to be made and at its launch, it was without doubt the most fundamentally different design in this model line since the old air-cooled 911s were replaced by more conventional water-cooled variants in 1996. The MK7 version turned out to be bigger, more stable, more subtle and, of course, faster than ever before. It also had to respond to customer demands that sportscars should not only be safer - so potentially heavier - but also ever-cleaner and more frugal: hence the controversial introduction of an electric power steering set-up. Despite all this, Porsche still managed to retain this car's legendary sense of driver involvement and it sold steadily until the Autumn of 2015 when the range was thoroughly updated with a slightly evolved look and the introduction for the first time of turbocharged power.

What You Getword count: 545

First things first, you wouldn't mistake this car for anything other than a Porsche 911. At launch it remained the most compact car in its class, with the curvy shape, the trademark wide-arched wings all present and correct. Perhaps the evolutionary styling undersells quite how dramatically different the engineering that underpins this model is in comparison to what went before. Ninety per cent of the ingredients here were different from those of the previous '997' generation version. This '991' generation model was a bigger car with a wider track, sitting 56mm longer with less overhang at the front and rear. It was sleeker than its predecessor - with a slippery 0.29cd drag factor. And lighter too, with the use of aluminium-steel composite construction that made the body up to 25% more torsionally rigid, yet shaved up to 80kg from its total kerb weight. The most obvious changes were to be found at the rear, where the triple-slatted engine cover and slit-like LED rear lights were obvious departures from the previous model. The front revisions were a little more subtle with reshaped larger side air intakes and repositioned door mirrors. And inside? Well buyers familiar with the previous '997' version found that everything had changed - and yet nothing was different. So, as ever, you slide behind the wheel to find traditionally upright dash with an instrument cluster dominated by a large central rev counter, flanked by two circular dial spaces either side. But look a little closer and the changes start to become evident. For a start, it feels a slightly bigger car as the windscreen is now a touch further away and you're hemmed in by a high centre tunnel. And then there are all the modern touches. The electronic handbrake. And the read-out to the right of the rev counter that isn't actually a dial at all but instead turns out to be a high resolution multi-function screen that can display anything from a sat nav map to a G-forces meter. The rising centre console design echoes that used in the old Carrera GT supercar and includes a larger 7-inch colour touchscreen for the Porsche Communications Management system that controls a vast array of functions. Most importantly, everything is of significantly higher quality than before. This was truly now a cabin now worthy of a six-figure sportscar. Unlike the Boxster or the Cayman, 911 buyers get a pair of occasional rear seats and you might hope that the 100mm increase in wheelbase provided by this MK7 model would make these more usable. Sadly not: a marginal 6mm more legroom means that they're still really only suitable for children, though for a family buyer, very useful at that. The extra wheelbase does tell however, when it comes to bootspace. As in every 911, this is partly located under the bonnet. Whether you choose Coupe or Cabriolet, there's 135-litres on offer in this '991' series design, 30-litres more than the previous generation model could offer. That's in the 2WD models. In Carrera4 variants, you'll need to bear in mind that the space available falls to just 105-litres. Bear in mind also though, that you get another 150-litres of space behind the rear seats, which are separately foldable to increase capacity to as much as 205-litres. 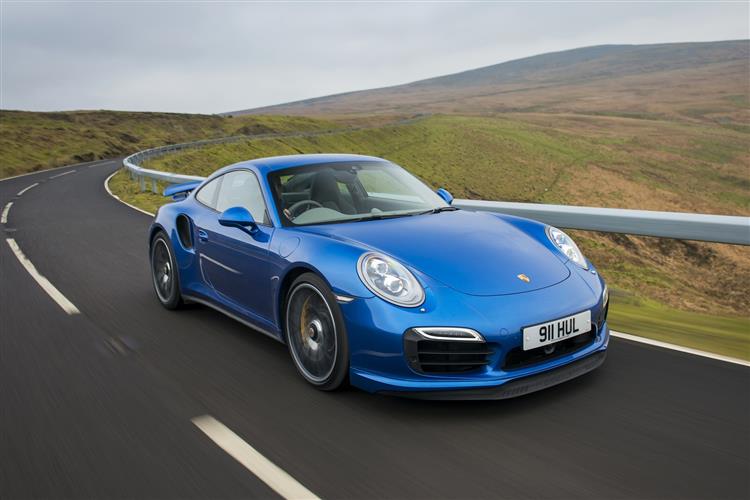