A BATTERY OF ATTRIBUTES (some text hidden)

As the second decade of the 21st century dawned, we all thought we understood hybrid power, Prius people's idea of a combustion engine occasionally backed up by electrical assistance. General Motors though, saw the concept rather differently. Shouldn't the battery be the main power source, with an engine there only to recharge it and extend the range when necessary? That'd create an all-electric car you wouldn't have to keep re-charging, an all-electric car almost anyone could consider owning. It'd be a game-changer. The Vauxhall Ampera, like its rarer cousin the Chevrolet Volt, represented that vision made in metal, but its spell on the market between 2012 and 2015 was relatively brief. Does it make a good used buy? Read on to find out.

On the face of things, electricity seems a far more sensible way of powering a car than pouring petrol or diesel into it. After all, an electric motor is fundamentally simpler than any conventional engine. It has fewer moving parts, is more compact, offers zero tailpipe emissions, is quieter and generates enormous, instant pulling power, just when you want it. So why don't many more of us own full-electric cars? Well the answer's quite simple; 'range anxiety'. For the foreseeable future, battery technology will limit the distance that full electric vehicles can go between lengthy re-charging sessions. A cap on travelling freedom that modern motorists just don't want. And won't need to bother about in the case of this Ampera, for here, the engineers figured out a very clever solution. Vauxhall calls it a 'range extender'. You and I would call it a petrol engine, but whatever term you use, the reality is a compact little 1.4-litre petrol unit, squirreled away beneath the bonnet and ready to spring into action as soon as the modest 25-50 mile range of the lithium ion battery has been exhausted to further charge the batteries as you go in a fiendishly clever manner that'll provide a further 300 miles of all-electric motoring. Most of the time, you may never need it, but it's there for when you do, creating a car so clever that it tried to fashion for itself an all-new all-electric market segment for 'E-REV' or 'Extended Range Electric Vehicles'. Vauxhall launched the car in 2012 but buyers were suspicious of its technical complexity - and were reticent about the idea of paying top BMW 3 Series money for a car with a Griffin badge on the bonnet. Still, the Ampera had established a limited but loyal following by the time that Vauxhall deleted it towards the end of 2015.

What You Getword count: 558

The Ampera is a strikingly modern looking thing, with a front end that's a good deal more assertive than that of its sister car, the Chevrolet Volt. The light clusters with their boomerang-shaped detailing, the unusual use of chrome along the car's very unorthodox beltline and the blade 17-inch alloy wheels ensure that this Vauxhall isn't going to be mistaken for anything else. At the rear, there's a high deck incorporating a flat spoiler, design elements intended to emphasise a wedgey profile enhanced by a black shoulder line. It's a sleek one too, with a drag co-efficient that the stylists reckoned was slippery enough to add up to eight miles to the car's battery driving range and 50 miles to its total extended range. Inside, the Ampera was designed to reflect the ground-breaking nature of its propulsion system. The cabin took Vauxhall's 'wing' front fascia design to the next level, with two colour displays and touch-screen functionality replacing a conventional instrument dials pack. It all seems a little daunting at first but you quickly adjust. Especially clever is the 7-inch screen you'll find high on the centre console. When activated by an 'Efficiency' leaf symbol button, it switches from infotainment and climate control functions to show power flow, energy information and charging displays. The power flow display shows real-time energy flow between the battery, the electric drive unit, the engine and the wheels. As for energy information, well, there are three different options. 'Energy Usage' shows you information on all drive cycles since the battery was last charged - things like the distance travelled in battery-powered and extended range modes, total petrol consumption and average fuel economy, plus a 'Lifetime Fuel Economy' read-out that gives cumulative total over the life of the vehicle. 'Energy Efficiency' details how efficiently the vehicle was driven in its last drive cycle. And 'Efficiency Tips' offers useful pointers to greater fuel economy and optimum driving range. Using the seat heaters rather than turning up the cabin heating in cold weather to save battery energy for example. Although this is a fairly big car - at 4.5-metres from stem to stern, some 140mm longer than a Ford Focus - one major disappointment for family folk was that it's a strict four-seater, with a high divider between both the rear berths that incorporates a couple of cupholders but is really there to house that bulky 198kg battery pack. Still, the seats you do get - supportive bucket affairs - are comfortable enough in a cabin marginally more spacious than you'd get in a compact executive saloon like a BMW 3 Series or an Audi A4. Battery storage is a further limiting factor when it comes to boot space, necessitating a luggage bay that's a little shallower than most. Still, there's a wide tailgate and 300-litres with the seats in place is a respectable showing. Plus, unlike with some electric cars, you can extend the space further by folding forward the rear seat backs. There's an under-floor stowage area that's usually used to keep the car's charging cable, but if you leave that at home, you have a few more litres of space for keeping valuables well out of sight. Storage for smaller items inside includes door pockets large enough to hold a 1.5-litre drinks bottle, with those in front incorporating a recess for umbrella stowage. 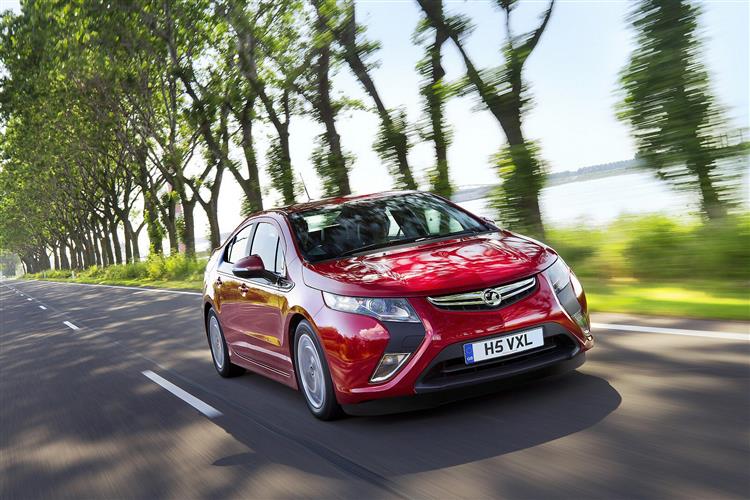