Resting on its rich history was never going to be enough if Jaguar's largest luxury saloon was going to cut it against top-notch rivals like the Mercedes S-Class, Audi A8 and BMW 7 Series. So in 2009, the company came up with this, the uniquely-styled, innovative and dynamic fourth generation XJ saloon. How does it stack up as a used buy?

There are still plenty of people who get that warm fuzzy feeling when they see an old Jag. The brand is entwined in our national psyche with its raffish wood 'n' leather, pipe smoking, sports jacket-wearing, Britishness. Of course, all that means nothing whatsoever to luxury car buyers in the US, Europe and beyond, buyers whose purchase decisions make or break Jaguar as a credible global car maker. The famous marque was hamstrung by its own history for too long but today there's a newfound confidence and a forward-looking agenda. And nothing illustrates this more dramatically than this car, the MK4 model XJ launched in 2009. The XK sports coupe and the XF executive saloon were breakthrough cars for Jaguar. They married all that heritage to a more overtly modern approach. The XJ showed Jaguar spreading its wings further with a luxury saloon to challenge the sector's leading lights. It marked a firm break from the big Jag tradition that was originated in 1968 by the original XJ. Through at least five generations of Jaguar's flagship, the styling evolved at an arthritic snail's pace. It reached the point where this car's hi-tech aluminium-bodied predecessor, one of the most advanced luxury cars on sale at the time of its launch, looked ostensibly the same as the rusting relics that could be picked up for peanuts at any second hand car dealership. Jaguar wasn't communicating its dynamism and relevance, but with this fourth generation XJ, all of that was put right.

What You Getword count: 556

The shape may have been new, but the thinking behind this car wasn't. Most of the development work to create its all-aluminium underpinnings was done for the previous generation model, a car to which Jaguar's engineers also added the all-independent suspension they'd developed for the latter days of the S-Type. But the controversial shape still dominates any discussion that touches upon this car and everyone you meet will have an opinion. Ex-Aston Martin designer Ian Callum is clear about his vision for a '21st century luxury car', believing that the brand should understand the values that made the original XJ great without necessarily copying them. So he hasn't. In fact, it's hard to imagine any reference point to this design, so different is it to anything else. Gone is the low-slung three-box look we expect an XJ to deliver, replaced instead by a shape many will feel is more stylish and interesting, if one that takes time to grow on you. What can we pick out? Oh, where to start.. Maybe the slender roof pillars, almost invisible at the rear to give a 'floating roof' effect. Or Designer Callum's favourite touch, the rear lighting elements intended to resemble the scratch marks of a cat's claws. The shape artfully conceals what is actually a very spacious 520-litre boot. But love or hate the exterior, you can't argue with the masterpiece that is this XJ's cabin. You enter expecting the feeling of a Gentleman's Club but what's delivered instead is Brit design cool and an undercurrent of true indulgence. Though other Germans rivals offer a little more rear seat space (blame that sloping coupe-style roofline), the airiness provided by the standard glass roof with its twin electric blinds means that you don't really notice the fact. And it's an opulent cabin, trimmed with the kind of beautiful materials you'd find in a Bentley or a Rolls Royce. Many will want the extra legroom of the long wheelbase version but to be honest, you're hardly going to be at risk of deep vein thrombosis in the standard car, so generous is the leg and shoulder room on offer. But why sit in the back unless you have to in a driver-focused car like this? Especially when a seat up-front is such a commandingly luxurious place to be. The facia is dominated by an arc of wood veneer that runs from the doors right across the dash top, with its instrument panel wrapped in leather. Ah yes, the instruments. There actually aren't any, at least in the sense of conventional dials. Replacing them is a 12" screen of the kind pilots refer to as a 'glass cockpit'. On to this, a variety of displays are projected, including virtual fuel, speed, temperature and rev-counter gauges - and you can further configure them with additional information according to taste: the left dial for example can sometimes be replaced by a sat nav prompt. Possibly our favourite part of this car though is the 8" touch-screen display in the centre console and fitted as standard on the plusher models. Dual-View technology means that the driver can use it to manage climate control, audio, communications and navigation systems at the same time as his front seat passenger is using the same screen to view a DVD - or TV if you've specified it. Neat. 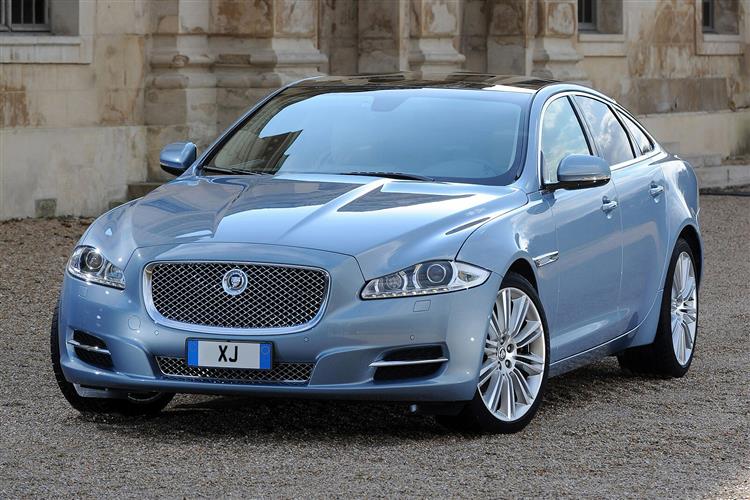