Think of an American muscle car and it's hard not to think of Chevrolet's Camaro. Since the Sixties, it's captured hearts, imaginations and bedroom wall space around the world. Ownership though tended to be a uniquely American pleasure - until the launch of this fifth generation version in 2010. Here at last was a Camaro a European buyer could also consider. Does t make sense as a used buy? We're going to find out.

The Chevy Camaro. It dates back to 1966, but if we're honest, we've never been fans of this car - or at least we weren't, until the launch of this MK5 model in 2010. This has always been America's idea of what a powerful, affordable sportscar should be, a concept that, over its first four generations, seemed to owe more to bulk and bluster than to dynamic drive. But that's what they like Stateside, a big engine matched with muscular styling and the whole thing mounted on humble underpinnings to keep pricing within reach of the average Yankee buyer. It was a formula we first saw from Ford, whose Mustang prompted General Motors to bring us the original, iconic version of this car, the design in fact that went in to inspire this MK5 model. Chevrolet says that this particular Camaro was 'designed for Europe', a curious statement to make about a left hand drive-only 6.2-litre V8 petrol-powered sports coupe that could hardly be more out of step with our continent's recession-ravaged eco-conscious climate. Still, at least in the 2010 to 2015 period, British buyers prepared to ignore cultural convention could officially buy one - and that's rarely been the case with this model in around half a century of history. But would you want to own this car now? Perhaps. In a world of politically correct performance cars that are fast but frankly not much fun, either to drive or to live with, this one promises to be a welcome breath of fresh air. The looks are still show-stopping, even though this generation version dates back to an original US launch in 2009, and under the bonnet of the manual model lies the 432PS engine from Chevy's Corvette supercar matched to ride and handling set-up designed for roads this side of the Atlantic. And all for no more than the cost of the kind of mid-range, mid-spec executive coupe that by comparison will feel very ordinary indeed. All that wasn't enough to encourage UK Camaro sales beyond tiny numbers. This MK5 model finished production for the 2015 model year.

What You Getword count: 948

If your heart doesn't beat a little faster at the prospect of getting into something that looks like this, then stop right here. The Camaro experience won't be for you. Driving one will see you stared at with either envy or astonishment, maybe eco-conscious horror - or more probably a mixture of all three. The strong wide shoulders, the long body, the low roofline and the large wheels all draw intentionally from styling cues established by the legendary Sixties first generation version, 'a small viscous animal that eats Mustangs', according to the marketing of the time. Now, as then, this Ford Mustang rival is as visually menacing as you could wish it to be. From the V-shaped nose and planted stance to the bulging wheelarches, sawn-off shotgun-style LED rear lights, kicked-up tail and chrome-tipped twin exhausts, this car invites confrontation. Nissan 370Z? Audi S5? Porsche Cayman? Bring it on. Make its day. What's clever here though is that the overall effect manages to look modern rather than retro. Purposeful rather than pretentious. Dynamic rather than derivative. Go for the Convertible version and you get a Z-fold canvas roof that goes up or down in 20s, adds just 121kgs to the weight and fits snugly enough but lacks the refinements of more modern rag tops. So, unlike rivals, you have to virtually stop before you can operate the thing and even when you do, you've to manually twist an awkward lock-down handle before the electrics will work. There's no one-shot button to operate all the power windows. And the mechanism also lacks the kind of built-in tonneau cover that in recent times we've come to expect on tops of this kind, so you have to add a fiddly pop-on thing that takes so long to fit on that like us, you'll probably end up leaving it in the boot. All these though, are irritations in the showroom that tend to melt away out on the open road. Although you'd probably assume that this car was as American as mom's apple pie, it was actually built just across the US border in Oshawa, Canada. But that's mere detail. What's important is how it's put together. Previous Camaros were a let-down in this regard, with standards of fit and finish that worked OK in the States where this car has always been really quite cheap but, previous to this MK5 model, were pretty embarrassing for the kinds of prices being asked for UK import models. This fifth generation version proved to be a big step forward in this regard. Alright, so it won't give rival Audi or BMW models from this era much competition - thin, scratchy plastics are there if you really look for them - but overall, the quality is reasonably well up to par and what the cabin loses in slush-moulded style it makes up for with classic touches and interesting design. But then, when you start with the wheel on the wrong side, there's plenty of making up to do. Pleasurable distractions include lovely blue ambient lighting strips that run along the upper edge of the doors, a stitched leather gear lever that you wield like a pool cue on a break-off shot and in front of it, a quartet of four dials at the base of the centre console (for oil pressure and temperature, transmission fluid temperature and battery voltage) supposed, like the exterior, to reference the look of the first generation model. Ahead of you, once you're seated behind the wheel, is a huge leather-stitched and deeply dished wheel through which you view a set of square dials surrounding what Chevrolet likes to call a 'Driver Information Centre', essentially an ice blue back-lit LED display giving you fuel consumption, trip information and tyre pressure. There's more information on offer at the base of the windscreen, for this was the only car in its class in this era to feature the standard fitment of a head-up display projecting key information like speed and stereo selection to a place you can more easily see it. Touches like this, together with wide ranging adjustment for both seat and wheel, give a feeling of comfort and control - until that is, you start to try peer around the thick pillars and out through the narrow side and rear window openings. Reversing's especially awkward, especially top up in the Convertible version, so it's just as well that parking sensors and a rear view parking camera are provided. Out back, it would be fair to expect a car of over 4.8m in length to offer proper rear seat accommodation for a couple of adults. This one doesn't, though to be fair, you'll be a lot better off in the back of one of these than you would be in the rear of something like a Nissan 370Z or a Porsche Cayman. The reason why is that legroom is actually quite acceptable, providing there's no one of basketball stature up-front. The problem is headroom, with style clearly prioritised over space. That's not the case in the boot though, where the 384-litres you'll find on offer in the coupe model should be more than adequate for a couple of suitcases. As you might expect, in the Convertible version, things are a lot tighter. Get past the same narrow boot lid opening and there's only 287-litres on offer - and that's only the case if you've not got the retractable cover slotted in, something you'll have to do if you want the roof to work. Still, if you're happy driving top up and you're not using the back seats, you can at least flip forward the rear bench to increase the capacity to 328-litres. 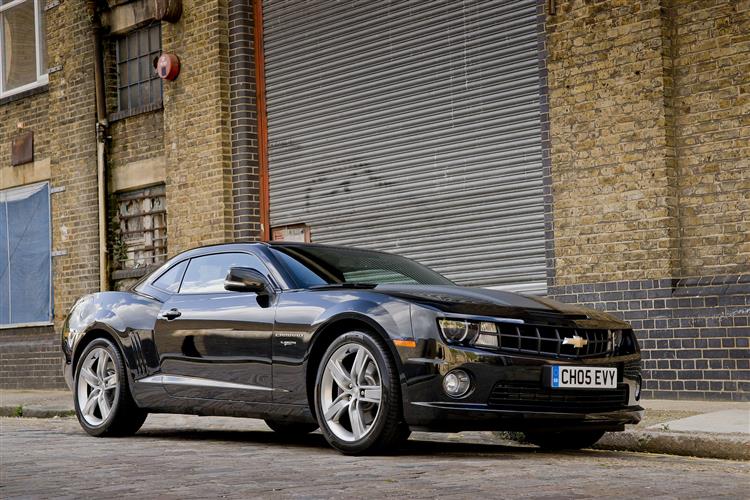