Citroen's classy, glassy second generation Grand C4 Picasso aims to offer the most practical, the most versatile and the most elegant solution to families shopping in the seven-seat compact MPV segment. It's a sector aimed at those who need a big boot and the option to take more than five folk, but don't want the sheer size and expense of a larger People Carrier. If that's you, then you'll find that this lighter, more efficient French contender takes care of the basics of space, safety and cost-effectiveness with ease, but where this model really excels is in the other things: style, technology and a very emotive feel. It's a bit special.

Buying a seven-seat MPV is usually an exercise in sacrifice. You accept the fact that in return for three seating rows, you'll get something boxy, boring and bland. Or will you? With this second generation Grand C4 Picasso model, Citroen tried to change things on that score. The Picasso name has been synonymous with Citroen People Carriers since the turn of the century and with 7-seat MPVs since the first generation Grand C4 Picasso model was launched in 2006. That car tapped into the major growth area in this segment amongst buyers who really only needed five seats but wanted the occasional versatility of a couple of extra fold-out chairs in the boot. This one set out to make that arrangement more usable, thanks to extra interior space released without the extra vehicle length buyers in this sector don't want. This came courtesy of the class-leadingly long wheelbase conferred upon this car by a clever, multi-patented EMP2 platform that was also claimed to sharpen up the previously rather stodgy handling. Better still, these practical and dynamic virtues were clothed in what is arguably the most stylish shape ever to clothe a family-minded MPV. Emboldened by the success of its boutique DS line of cars, Citroen decided at the beginning of the 21st century's second decade to inject a measure of style and desirability into many of its other wares. As a result, this design looks like something that's just driven off a motor show stand. With power provided by a range of engines that, at this model's launch in early 2014, helped it towards easily the most efficient running costs in its segment. In prospect then, what we have here is a very clever People Carrier indeed, with a glassy, futuristic combination of hi-tech style and efficient practicality that ought to set new standards in this segment. Does the original version of this second generation model that sold until a facelifted variant was announced in mid-2016 make sense? Does it stack up as a used buy? Let's find out. 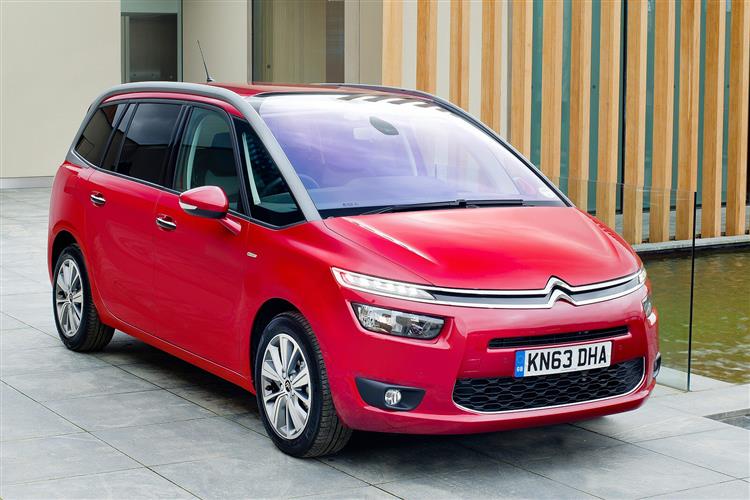