A cheap manufacturing base in Eastern Europe was one reason why Renault-owned Romanian brand Dacia is able to offer its cars so cheaply on the new market. But do models like this Sandero make sense as a used buy? Here, we look a the original post-2013 version of this car and decide.

The Sandero is a model nearly as big as a Focus-sized family hatch that when new, cost less than the price of a tiny citycar. Little wonder that it made Dacia Europe's fastest-growing automotive manufacturer. The brand was first founded in 1966 but the company only really took off when acquired by Renault in 1999 as an ultra-affordable brand for developing markets. It was for these countries that its first modern era product, the Logan saloon, was launched in 2004. Costing a mere 5,000 euros, it sold like hot cakes, encouraging the marque to launch a five-door version four years later, badged the Sandero. By now, the bigger more sophisticated European countries were surprising Renault management by also clamouring for Dacias, a demand that took so long to satisfy that it wasn't until early 2013 that the brand could be properly launched here. By then, a second generation Sandero had been launched, a smarter step up from the spartan original with more modern engineware and more up-to-date equipment. The pricing approach though was familiar, thousands of pounds lower than similarly sized competitors, delivering to British buyers a new car for less than the price of many comparable used ones. The car was offered in two forms - standard hatch guise and as a 'Stepway' model, which was essentially the same but had a raised ride height and a few SUV styling cues. The range was facelifted in early 2017 and the 1.2-litre entry-level petrol engine replaced by a more efficient 1.0 SCe 75 unit. It's the earlier models we look at here.

What You Getword count: 542

It's always been important that designs from this Romanian brand should be seen as fundamentally different from their pricier Renault counterparts. So on a Sandero, you'll seek in vain for the kind of swoopy avant garde panelwork that characterises, say, the French brand's fourth generation Clio. Instead, there are bluff, tough, functional aesthetics that are supposed to suggest 'Volkswagen Polo' but don't quite manage to. It's a clean and smart enough look though and one that doesn't automatically classify you as a budget buyer. Under the skin, there are the same basic underpinnings you'll find on any Dacia model, based on a floorplan dating all the way back to the second generation Clio of 1998. To be fair, much of the mechanical stuff has been redesigned since then and your first impressions of the car should be of something quite clean and modern. The front end, for example, has a neatly rounded, co-ordinated feel with large headlights and an imposing grille. And cost cutting? Well, some of it matters (like the flimsy feel of the door handles) and some of it doesn't (like the way that to cut production costs at the Romanian factory, the Sandero's side glazing is identical to that of Dacia's other Logan and Duster models). And inside? Well you really can't get away from the fact that never before has such a small price bought you so much space. In the back, three adults would be a bit of a squash, but seating them would be possible and a trio of kids would be fine. It all feels far more like a Focus-sized family hatch than a Fiesta-sized supermini to us - and that can only be a good thing. An impression that continues when you come to examine the boot. There's 320-litres on offer - compare that to the 276-litre and 316-litre figures you'd respectively get from Fiesta and Focus models from this era. Pushing forward the split-folding rear bench increases that to 1,200-litres - compared to 960-litres in a Fiesta and 1,101-litres in a Focus. So you get the idea: it's a decent size. And massively bigger than the kind of 200-litre boot you'd typically get in the kind of citycar that'd be priced more closely to Sandero levels. As for the feeling you get up-front, well, it does rather depend on the trim level you've chosen. At base Access level, it really does feel rather drab, but plusher variants feel much lifted by carefully integrated splashes of chrome. Soft-touch plastics, as you might expect, are notable by their absence but it all feels well screwed together and built to last. Practical too, with plenty of cupholders front and rear, plus front doorbins capable of holding decently-sized 1.5-litre bottles. Are there issues? Yes, but relatively minor ones. The optional MediaNav screen on the centre console attracts reflections, annoyingly the speedo doesn't have even number speed designations (for 20,40,60mph and so on) and the electric window switches are shoved down at the bottom of the centre console, rather than in their usual, more ergonomic place on the doors. On the plus side, the seats are comfortable and the three-spoke wheel feels good to hold, even if it isn't reach-adjustable. On the whole though, a surprisingly positive scorecard. 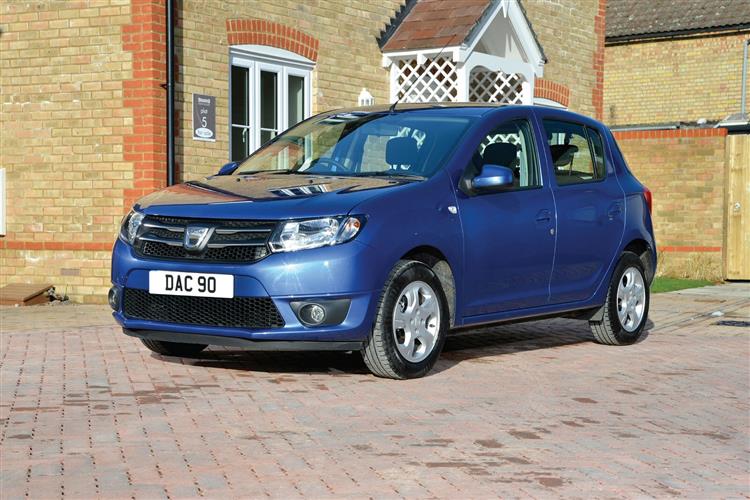