CAPTUR A BARGAIN? (some text hidden)

Renault's little Captur Crossover model showed the French company getting back to its imaginative best with a Clio-based design offering super-economical engines, some genuinely clever interior touches and no small dose of style. On the used market, it's a little SUV that'll appeal to supermini buyers wanting extra versatility as well as family hatchback customers in search of something more interesting and affordable.

You can't fault the thinking behind the modern Crossover, a class of car that aims to blend the versatility of a people carrying MPV, the attitude of a high-riding SUV and the sharp driving dynamics of a family hatchback. It's a segment that's long been divided into a couple of sectors, the larger one typified by cars like Nissan's Qashqai and Peugeot's 3008 and based on Focus-sized models. The real sales growth though, is coming from smaller-sized supermini-based Crossovers, cars that have built on the original success of Nissan's pioneering Juke and are now a hot ticket for almost every mainstream brand. Here's one of the most tempting - Renault's Captur, launched in 2013. Renault likes to think of itself as being an innovative manufacturer - which in some respects isn't actually quite true. Modern history records that when this Gallic maker has tried to do something genuinely innovative, the result has usually fallen flat. Think Avantime, Vel Satis, Clio V6 and so on. Where Renault really does tend to strike gold though, is by taking existing vehicle genres, then refining them and adding style and substance. The company's Renaultsport hot hatches are one example of this. Their award-winning MPVs are another. In both cases, the French brand borrowed from other companies' pioneering ideas but packaged the products so well they became bywords for excellence in their segments. It did the same with the Captur, a small Crossover vehicle based on the Clio supermini and priced to sell at the affordable end of this segment. Renault might have been late to this particular party but as usual, the company was able to take a clever concept and refine it to better suit the needs of modern buyers. In this case, that meant lots of versatility and buyer personalisation along with class-leading running costs and a decently responsive driving experience. The result was good enough to make this Captur Renault's second best seller in its period. The car was substantially updated in mid-2017, but it's the earlier pre-facelifted model we look at here as a potential used buy. 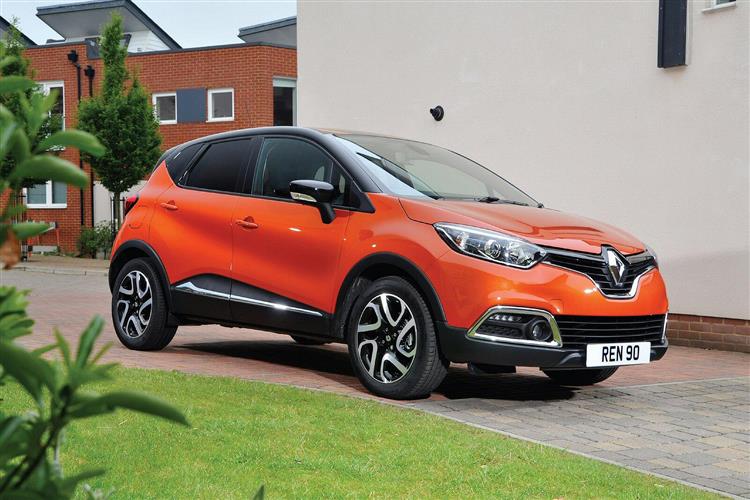