Citroen's improved second generation C5, sold between 2011 and 2016, married Germanic efficiency with smartly-styled Gallic flair to offer medium range Mondeo sector buyers a rather different choice that prioritised people rather than outright performance, with high technology and a silky ride.

Marketing strap lines don't often have much foundation in reality but with this car, the second generation Citroen C5, the puff for once summed things up perfectly: 'Reassuringly German. Unmistakably Citroen' was what the C5 model ads told us. The French brand clearly thought (probably rightly) that buyers would believe Teutonic cars to be the best ones, a perception, it has to be said, rarely substantiated by customer satisfaction surveys. But perception is everything in a market sector as closely fought as the Mondeo-sized medium range category where, back in the 2011 to 2016 era, VW Passats, Peugeot 508s, Renault Lagunas, Vauxhall Insignias and a whole host of others fought it out with the iconic Ford for segment supremacy. Citroen has had its moments in this class, with strong-selling BX and Xantia models, but that was long ago. The original first generation C5, launched in 2001, failed to replicate such success, hence the need for a sharper, higher quality feel in its successor, this car, first launched in 2008. Here is a design of clashing cultures. Clearly, its creators were told to produce something Germanic. Yet being Citroen engineers, they couldn't quite bring themselves to slavishly copy their Teutonic rivals, with the result being a car that at the same time also feels very French. It's an appealing package but even at launch, it wasn't enough to get the French brand the attention it deserved in this category and with revised versions of nearly every key rival subsequently brought to market, by 2011, further C5 improvements were needed in terms of sharper styling, lower running costs and higher equipment levels. All these things were incorporated into the improved C5 saloon and estate model range that sold between 2011 and 2016 before being quietly phased out as sales dwindled away.

Every car, we think, should have its own unique styling signature, though so few of them do. On this C5, at least on the saloon variant, you'll find it at the back with a distinctive concave rear screen. Nothing else in the sector looks quite the same. It's all borrowed from the thinking that created the larger C6, but where the finished lines of that car can look rather awkward, this one is far more cohesive with deep swage lines that run down the flanks and sculpted wheelarches that produce a dynamic stance, even if you opt for the spacious but stylish Tourer estate version. Changes to this post-2011 revised second generation model were fairly minor: headlamps with integrated LED daytime running lights and revised rear lamps with 'Dark Crystal' lenses. It's a part-Gallic, part-German mix of styles that continues on inside where flush-folding air vents and polished aluminium door handles offer a crisply up-market Teutonic feel. But even here, there's an over-rising feel of Frenchness - the soft but supportive seats, the quirky fixed-hub steering wheel aimed at helping the driver more easily access the more important features without diverting attention from the road, compensating for the way the instruments aren't especially easy to read at first glance. The dash itself also has a quality feel, though is a little over-loaded with buttons. This is one of the bigger models in this class from this era, something you appreciate in the rear where legroom is vast, even if headroom isn't especially impressive. Out back, there's also plenty of space with a saloon variant boot that measures out at 439-litres, even before you start folding down the rear seats to extend it. If that's not enough, then opting for the Tourer estate version with its 5cm of extra body length increases the size of the luggage bay to 505-litres - or 1462-litres with the rear seats folded down. What To Look For 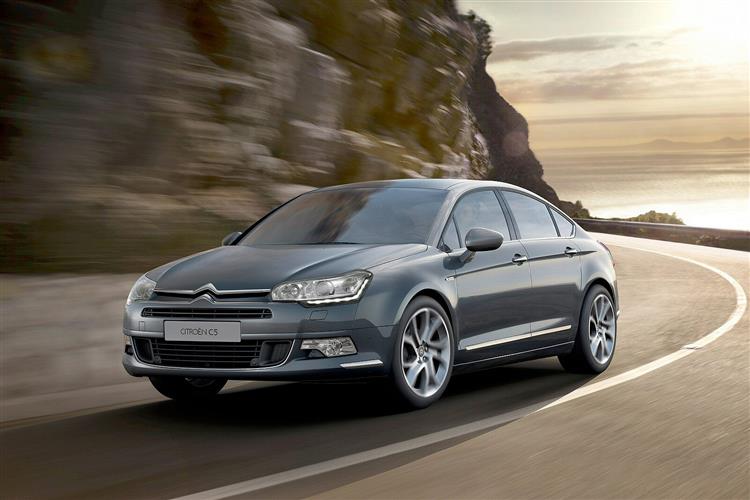