QASH BACK (some text hidden)

Back in 2014, with over two million sales of its original Qashqai Crossover model on the board, Nissan went all-out to keep this second generation version ahead of an increasingly competitive chasing pack. Hence it's positioning as a bigger, classier, more practical, cleverer, quieter, better equipped and more efficient contender in the quickly growing family hatch-based family SUV market. British designed and built, this model makes a lot of sense as a used buy.

Mention Nissan to most people and they'll think of a Japanese car maker. Nothing particularly remarkable. But ask industry experts about the company and they'll tell you a different story. Nissan is the manufacturer that made the most audacious gamble in recent automotive history - and it's one that paid off. The vehicle they went all-out on? This one right here, the Qashqai, a model that back in 2014, was rejuvenated in second generation guise. This version had quite an act to follow, the MK1 model having been credited with nothing less than a re-invention of its brand and the creation of the new market category we now know as the Crossover segment. Back at the original launch in 2007, the Qashqai was revolutionary, at last a new option for families shopping above the small car sector and looking for a versatile and relatively affordable runabout. People who had previously been restricted to mundanity - Focus-sized family hatches, Mondeo-style medium range models or, for the more daring, compact versions of small 4x4s or MPVs. Nissan's brilliance was in deciding to create a design that brought together elements of all these models into one sharply-styled, affordable and ever-so-desirable package. In doing so, the modern Crossover vehicle was born. Today, this class of car is something car makers launch to sell alongside their existing family hatchback and medium range contenders. Nissan, in contrast, took the much riskier step of completely replacing the models it offered in these segments with the Qashqai line-up, hoping to sell around 100,000 units a year. In the event, double that number reached global buyers and this turned out to be the most profitable vehicle in the company's history. With this replacement MK2 design, Nissan was disinclined to gamble again, so instead, this second generation Qashqai took the same qualities that made the original version such a winner in the Crossover class and refined them. It sold until the Spring of 2017 when a substantially upgraded version of this second generation model was introduced. Here though, our focus is on the 2014 to 2017-era models. 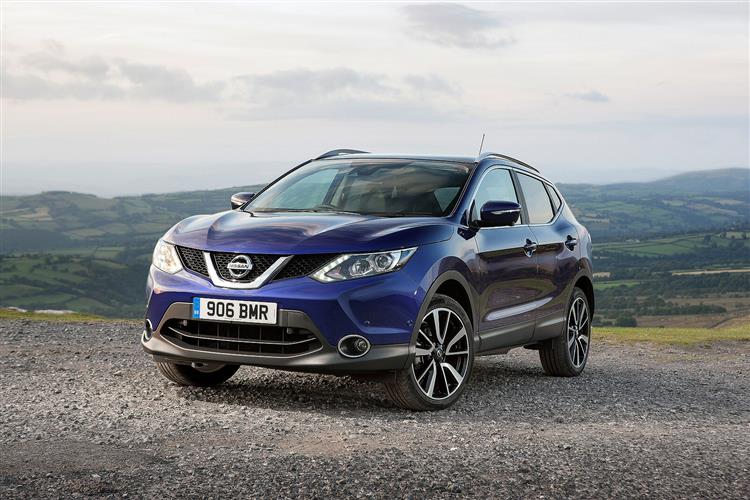