Skoda's first stab at citycar motoring turned out to be impressive one, this Citigo borrowing Volkswagen technology and blending it with the value we expect from this growing Czech brand. Those in search of a beautifully conceived, affordable and impressively space and fuel-efficient urban runabout on the used market will need to consider it.

It seems strange that a company like Skoda, which has forged a reputation for bringing us small, keenly priced cars, had no track record in the citycar sector prior to 2012. The Czechs have long had a history of bringing us superminis and family hatches but until that year, they'd never tried to sell us a properly compact urban runabout. With this car, the Citigo, all of that changed. It may have marked Skoda's entry into the class but this wasn't a car content to merely dip its toe into the water. This, we were told at launch, was an instant contender for class honours. That was a credible claim, given his model's provenance as a re-badged version of the segment-leading citycar design also sold as a Volkswagen up! and a SEAT Mii. This Citigo though, claimed to be able to trump its two stablemates with small but significant advantages when it came to the all-important value proposition. The result was an urban runabout impossible for canny buyers in this sector to ignore. The car was significantly facelifted in the Spring of 2017, but here we look at the earlier version.

What You Getword count: 873

It's perhaps a touch ironic that of the three models produced from this design, it's this Skoda, the most affordable, that looks arguably the most mature and up-market. Under the skin of course, it's identical to its Volkswagen and SEAT stablemates but within this conformity, designer Jozef Kaban (the man who styled the Bugatti Veyron) still managed to create a subtly different end result. The front end features a chrome-bordered grille designed to make it appear wider, below which are the vertical slats and the integrated horizontal bars of a deep air intake. From the side, both three and five-door models feature a subtly rising beltline above gently flared wheelarches, while at the back, the tailgate's contours run into three-dimensional tail lights featuring the brand's trademark C-shape design when they illuminate. But forget the aesthetics: two statistics sum up the real thinking behind this design. A length of around 3.5-metres, yet a wheelbase that takes up nearly 2.5-metres of that. Which is why, though a Citigo is no longer than a Fiat 500, it offers far more room inside, space in fact for the four fully-sized adults who could never comfortably fit in the apparently space-efficient Italian car. How has this been done? By shortening the front and rear overhangs as much as the designers dared, something only possible at the front by mounting the radiator alongside rather than in front of the very compact engine. The result, once you pull back the doors to their wide-opening 80-degree angle, is a tardis-like interior just as big as that of Skoda's far pricier and apparently much bigger Fabia supermini. Something you especially appreciate on the back seat. Both three and five-door models offer the same amount of rear passenger space and set a standard impressive in this segment, helped for taller folk by the way it's possible to easily tuck your feet beneath the seat ahead. It all means that there's comfortable room for two adults provided the journey isn't too long and there'd be space for three children if three belts were provided. Unfortunately, there are only two, which is a little annoying. No complaints about luggage space though. Though there's a high sill over which you've to lump your stuff, once you get it in, there's a 251-litre capacity that's nearly twice what you get in a Peugeot 107, a Citroen C1, a Toyota Aygo or a MINI. The boot will hold objects of up to 58cm in height, has four bag hooks and can feature a double storage net attachment to keep your eggs from mixing with your Iron Bru. And of course if you need more room, you can push forward the rear bench to free up 951-litres of total space - a figure rising to 959-litres in the five-door version. That's nearly 50% more than you'd get in the ordinary boot of Skoda's huge Superb Estate. Up front, well, soft-touch plastics are nowhere to be found but the cabin still manages to feel of decent quality thanks to a careful choice of trim and materials. You sit behind a smart three-spoke steering wheel that's fashioned from light magnesium but unfortunately isn't adjustable for reach: it only moves up and down. It frames a simple, clearly designated instrument cluster with a trendily large speedometer, while in the middle of the dash, there's a compact centre pod for many of the minor controls. Build quality seems good from the Slovakian factory: when you turn the air vents to one side for example, they locate with a well-rounded 'click'. Only a few little touches - the lack of illumination for the electric window switches for example and the way you can't buzz the passenger-side window down without reaching right across the cabin - remind you of this car's lowly position in the Skoda line-up. There's loads of storage too, with bottle holders in each of the two doors, a glovebox holder for pens, a bag hook integrated into the glovebox opening mechanism, a compartment for your sunglasses and four cupholders dotted around the cabin. For us though, the cleverest touch is the optional PID 'Personal Infotainment Device' portable infotainment system that most original owners went for. It has a neat 5" colour touchscreen you can carry in your pocket or handbag and then clip just above the centre console. It's a little box of tricks that includes a navigation system, a hands-free telephone unit, a media player and even vehicle information displays. There are four basic menus - 'Car Info', 'Navigation', 'Media' and 'Phone'. In 'Car Info', you've a trip computer, door monitoring, parking assist info and an eco driver training system that can help you drive more efficiently. In 'Navigation', which can display in 3D, you can locate everything from local carparks to places of interest. And if you park up and take the screen with you, it can even guide you back to your car if you forget where you've parked it. Then there's 'Media', which can play music from SD cards and MP3 players and display your photos. And 'Phone' functions with any Bluetooth smartphone, offering voice-activated control. This PID device can be cleverer still if you download onto it a whole range of apps. What To Look For 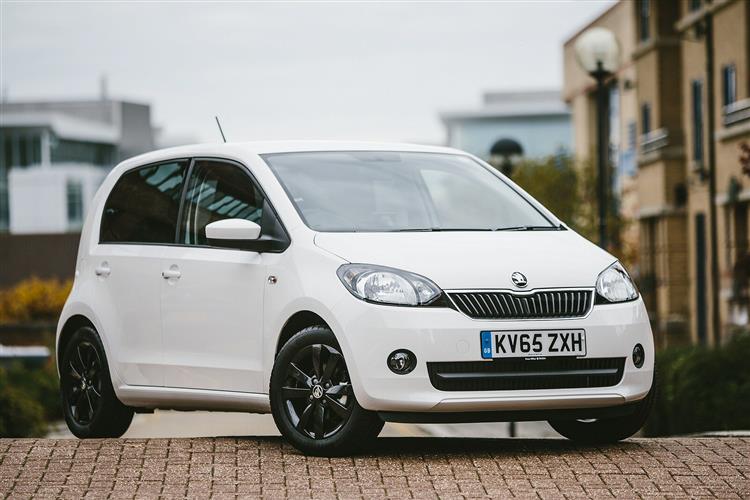