Plugging our cars into the mains electricity supply when we get home at night might still might seem about as natural as shovelling coal into them before setting off in the morning, but all the signs are that's going to change. Hybrid cars were a first step in the direction of increased use of electricity to drive our vehicles and fully electric models will be the next. Owning a car that will never go near a filling station forecourt except to use the jet wash or inflate its tyres might take some getting used to but Nissan has long been confident that its LEAF all-electric family hatch can make the transition a painless one. In 2013, the brand upgraded the first generation version of this design with an increased range and quicker charging time. This is the version we check out here as a potential used buy.

The 'LEAF' name is an acronym for 'Leading Environmentally friendly Affordable Family car' - which is exactly what this was when first we saw it launched in 2011 as the first purpose-designed pure electric vehicle on the market. Back then, the only other offering in this segment was hastily converted citycar design sold under different badges by Mitsubishi, Peugeot and Citroen. In comparison, the prospect of spending similar money on a larger, more advanced Nissan LEAF seemed like a no-brainer decision for anyone seriously considering a car of this sort. The problem for Nissan, in the UK at least, was that in the early years of the 21st century's second decade, hardly anyone was considering buying a full-electric family vehicle. And certainly not one costing close to £30,000. A LEAF might have been better than anything else on offer in this era but it was still beset by the usual EV issues of low operating range and patchy public charging infrastructure. It was, in short, a car ahead of its time. By 2013 though, there were signs that things might be changing and that the public might be warming to this model. By this time, the cost of electric technology had come down and the number of public charging points had dramatically increased. Plus the whole idea of owning a pure electric car had been more widely accepted. It was a change in mindset Nissan aimed to capitalise on by re-launching the LEAF with a smarter, more practical interior and a longer operating range. This model sold until an all-new second generation LEAF which a much longer operating range was introduced at the end of 2017. 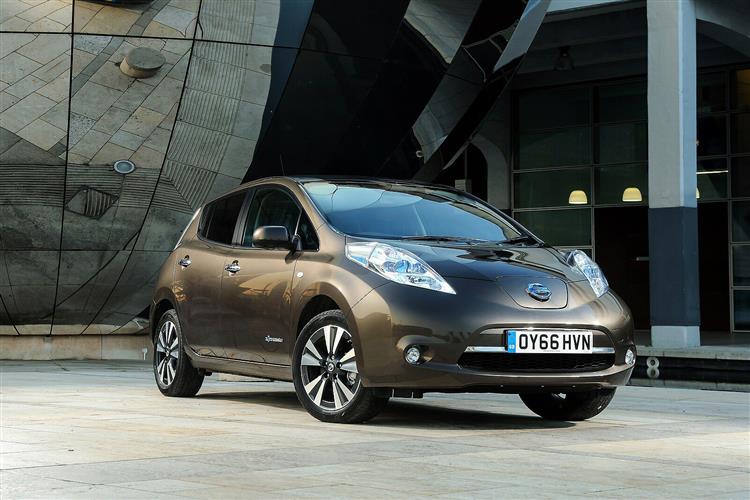