With this NX, Lexus brought us a strikingly styled premium compact SUV that was unafraid to go its own way when it came to cars of this kind. It's the only model in the premium mid-sized SUV segment that can't be had in diesel form, with most variants instead offering beautifully refined and highly efficient petrol/electric hybrid power. The brand used this car to increase its European sales by a third. It certainly changed the way a lot of people felt about Lexus. Here, we're going to look at the original 2014-2017 version of the first generation model as a potential used car buy.

Premium compact SUVs are all the same - or are they? Here's one that's a little more individual: the Lexus NX. Lexus isn't afraid to be different: it never has been. This was the company that proved top luxury saloons didn't have to be German. And the brand that pioneered hybrid power when others were only just getting to grips with diesel. In 2014 with this NX model, it turned its attention to the premium mid-sized SUV segment and, perhaps inevitably, its approach was once again somewhat unique. The looks, for a start, make this by far the most distinctive design in its segment from this era. Amongst obvious rivals, even a Range Rover Evoque looks quite ordinary in comparison, while popular contenders like Audi's Q5 and BMW's X3 look positively mundane. Further setting this car apart is the technology that lies beneath its bonnet. In a segment that's traditionally relied almost exclusively on diesel power, it's the only model in its class from this era you can't fuel from the black pump, with most NX variants instead preferring the greener and more tax-efficient solution of petrol/electric hybrid power. Other promising attributes include class-leadingly efficient returns, high equipment levels and strong safety provision - plus the promise of a practical cabin. For the right kind of buyer then, it sounds an interesting combination. The original version of this MK1 model NX sold until late 2017, when it was replaced by a heavily facelifted version. 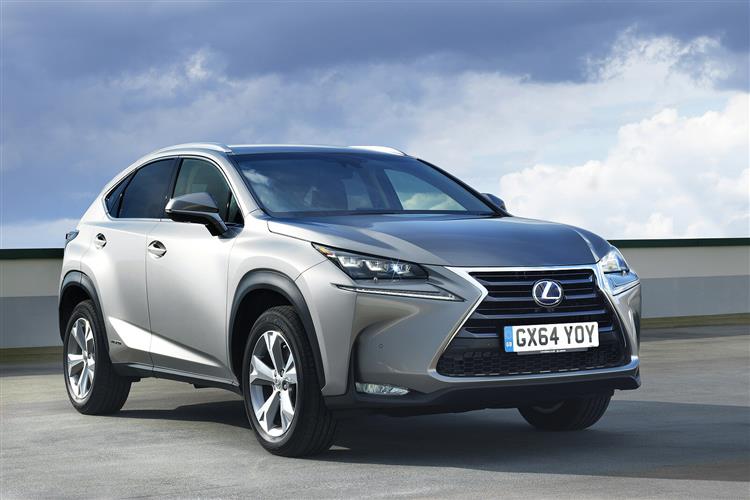