When it comes to supercars in the early part of the 21st century, this one is everybody's benchmark, Ferrari's 458. From its launch in 2010, it occupied a different league of excitement, occasion and desirability from most of its competitors, whether in coupe or Spider convertible form. And of course, it's from a brand with a heritage second to none. That said, for a company with such a rich tradition, Ferrari isn't big on nostalgia for the sake of it. Blending effectiveness with emotion is what this car is all about. Quite frankly, nobody does it better.

Think of a Ferrari engine and you tend to think of a screaming V12. Forgetting perhaps that most of Maranello's output over the years has been V8-powered. In racing as well as in production terms. It was, after all, a V8 that took John Surtees to the 1964 F1 World Championship. And it was also V8 power that fired the growth of Enzo's business in the early Seventies, with cars like the Dino GT4 and, perhaps most notably, the 308GTB of 1975. This design sired a fine tradition of mid-engined V8 sportscars that continued in 2010 with this one, the 458 Italia. If you know the brand, then you'll know many of the V8 models that brought us to this point - the evolutionary 328 of the Eighties, the rather unloved 348 of the Nineties and its replacement that arrived just before the Millennium, the utterly delightful F355. Modern times brought us the sleek F360 Modena, made until 2005 when it was replaced by the less pretty but undoubtedly more purposeful F430. All desirable, but still seen by many as stepping stones to more serious V12 Ferraris further up the range - the Berlinetta Boxer of the Seventies, the Testarossa of the Eighties or the 599 GTB of more modern times. All that changed with the launch of this 458 in 2010. It was as quick as any of the exalted V12 models - and as pricey once most owners had specced theirs up, especially in the open-topped Spider bodystyle that arrived in mid-2011. It represented the heart of the Ferrari range, not just the most popular model, but arguably the definitive expression of Maranello magic. Just the thing for the Italian brand to use against the usual upstarts down the road at Lamborghini. And a vital weapon in a more important battle against the clinical excellence of McLaren. Arguably, in its time, this was the greatest, the most complete, maybe even the most desirable Ferrari ever made. It sold until 2018, by which time it had long been replaced by the 488 GTB. launched in 2016. 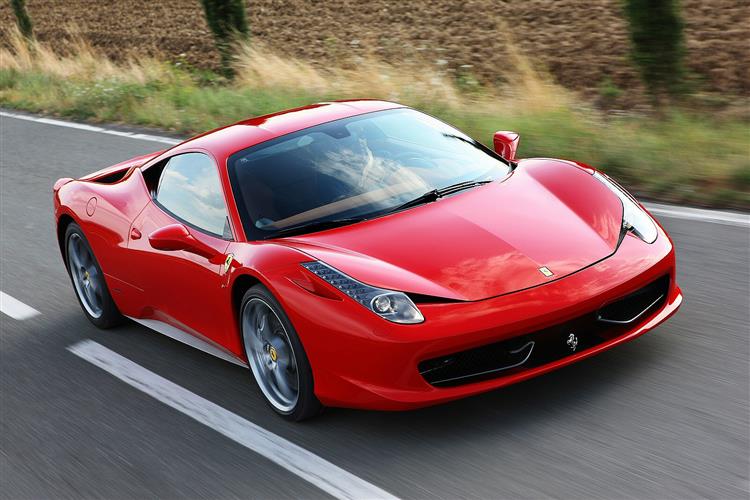