If you've ever got out of a Volkswagen Golf feeling you could do with a bit more space, the answer is right here in the chiselled form of the Golf SV. Here, back in 2014, the Wolfsburg brand at last brought us a proper, purpose-built family-sized five-seat MPV offering properly purposeful advantages to justify its premium over the standard hatchback model. It's Volkswagen's idea of what a Scenic or a C-MAX should really be and if you're buying in this segment from this ear and want something with a really quality feel, you could find it hard to resist.

Designing an MPV People Carrier needs to amount to more than just raising the roof height of a conventional family hatchback and giving it a different badge. Volkswagen knows that now after a sobering experience with their slow-selling Golf Plus model, launched in 2005 and updated in 2010. That car was supposed to be the brand's answer to five-seat People Carriers like Renault's Scenic and Ford's C-MAX, contenders that were successful because they were properly developed to offer families significantly more. Constrained by restrictive old fashioned turn-of-the-century underpinnings, the disappointing Golf Plus couldn't deliver that kind of proposition. Its replacement though, the Golf SV 5-seat people carrier that was launched in 2014, certainly could. The 'SV' moniker stands for 'Sports Van', a name the importers here understandably didn't much like, hence its shortening to a couple of simple letters. True, some utilitarian MPVs are little more than refurbished vans - Volkswagen's own Caddy Life model for example. This one though, is a long way from being an LCV. By the same token, it also sits some distance from sportiness. What buyers do get though is a proper five-seat compact MPV in the Scenic or C-MAX mould that borrows from its conventional MK7 model Golf stablemate but, thanks to the hi-tech flexibility of the Group's clever modern day MQB platform, doesn't have to sit on that car's restricted wheelbase. It's free-er, in other words, to do its own thing - just as, after purchase, Volkswagen hopes potential buyers will be. The niche here is an admittedly narrow one. If a standard Golf isn't enough but you still want something pretty compact, there's the Volkswagen brand's straightforward Golf Estate, their 7-seater Touran small people mover or the van-derived Caddy Life MPV we mentioned earlier. None of these cars though, have the dynamic style, flair and driveway cred necessary for widespread acceptance in the Scenic and C-MAX class. In contrast, the Golf SV has always claimed to offer exactly that. It's still not the largest car of its kind - but claims to be the classiest. The SV sold in its original form until early 2018, when it was updated with slightly smarter looks and a more modern range of petrol engines, plus upgraded safety and media kit. 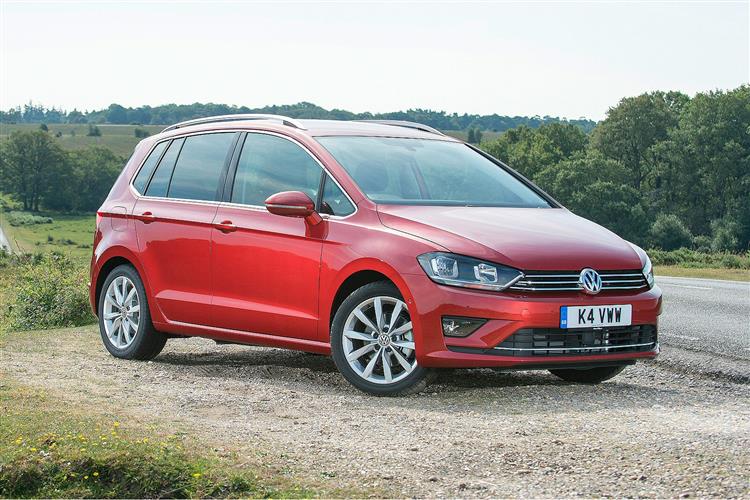