GOING FOR AN AYGO (some text hidden)

The second generation version of Toyota's Aygo citycar launched in 2014 proved to be a little more efficient, a little more hi-tech and a little more fun to drive than its predecessor. Plus it offered a whole host of personalisation options. This was - and is - in the brand's own words, 'a car you could be proud of'. It certainly has a lot more of its own identity in MK2 guise. Let's check it out as a used buy.

So, what makes a car feel 'fun'? Sprightly handling? Cheeky looks? Clever marketing? And can an urban runabout really qualify for purchase on those grounds? With this model, the second generation Toyota Aygo, we were told that it could. You might think you know this car but if you haven't tried this MK2 version, launched here in the Summer of 2014, then you probably don't. Yes, it shares many of its mechanicals with the original design. No, it's not the same. Let's start with the fundamental thing that wasn't changed here. As before, this design was produced as part of a joint Toyota/PSA Group venture that also brought us French alternatives sharing most of this car's important bits - namely Peugeot's 108 and Citroen's C1. That was also the case with the first generation Aygo, but that car didn't make much attempt to differentiate itself. This one proved to be very different. It wasn't only the look that was unique but also the very specific way that original buyers could personalise it to suit almost any kind of taste or preference. On top of that, no other competitor from this era (2014-2017) is more efficient, safer or more laden with technology. That ought to be enough for starters. Let's see what else this MK2 Aygo has to offer the used car buyer. We'll focus here on the original; version of this car which sold until mid-2018, when a facelifted model was announced. 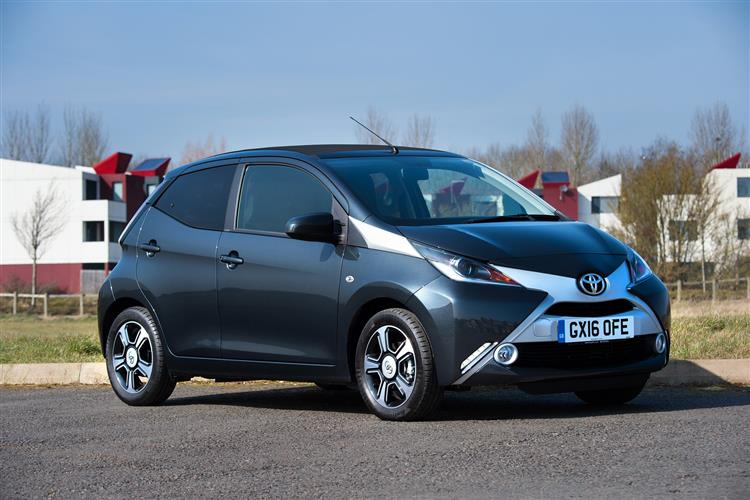