In this improved second generation guise launched in 2015, Kia's cee'd further sharpened up its proposition in the Focus-class family hatchback segment, with smarter looks, extra technology and the option of clever three cylinder petrol power. How much sense does it make as a used buy?

If you want to better appreciate just why Kia is one of the world's fastest growing automotive brands, you've only to look at this car, the cee'd family hatchback. The Slovakian factory that builds it only opened its doors in 2006 yet by the middle of the 21st century's second decade, over a million cee'd models had been built. To try and keep that momentum in the face of much tougher family hatchback segment opposition, Kia substantially revised the second generation version of this car in 2015. Automotive historians will look back at the original cee'd as a landmark design, the first to take on the European and Japanese market leaders on their own terms in the volume Focus and Golf-dominated Family Hatchback sector. Built in the heart of Europe, it was targeted at the heart of the European motor industry, hence the unusual 'cee'd' name, a combination of the French abbreviation for European Community (CE) and this car's project title (ED). It shamed the established players by matching their quality while massively undercutting their prices and offering an astonishingly long 7-year warranty. A strong sales performance followed, fuelling one of the enduring industrial stories of the last decade, right up there with Google, Apple and Facebook - and every bit as impressive. But times change - and so do market segments. Increasingly, family hatchback buyers are being tempted away into Qashqai-like family SUV models, while the customers in this sector that remain are targeted by European and Japanese brands that have now learned to take the Korean motor industry a lot more seriously. Kia, of course, has responded to this. Its own mid-sized SUV, the Sportage, is a strong Qashqai-class alternative and the cee'd was re-launched in more sophisticated second generation form in 2012, then, as we've said, further updated into the form we're checking out here three years later. Nothing radical was really done to this post-2015 facelifted MK2 model, but the changes that were made proved to be significant, headlined by the introduction of the kind of down-sized three cylinder petrol powerplant that at last gave the brand a credibly efficient green pump-fuelled engine in this class. The company also got up to speed with modern dual-clutch automatic gearbox technology too and buyers got some - though not all - of the cutting-edge electronic safety features that buyers in this segment were by 2015 starting to expect. All garnished with slightly sleeker exterior looks and a minor cabin upgrade that improved the infotainment set-up. This car sold until the Spring of 2018, when it was replaced by an all-new third generation Ceed. 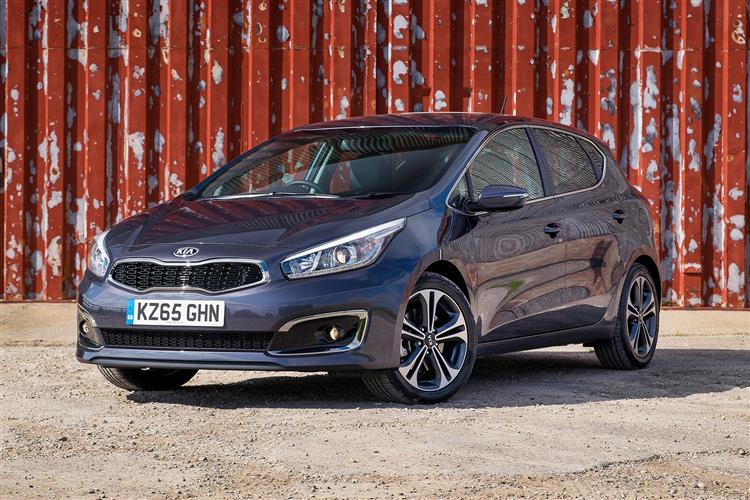