A MERIVA WITH MORE (some text hidden)

In improved post-2014-era second generation guise, Vauxhall's little Meriva people carrier turned out to be smarter and more efficient, with the option of impressive 1.6-litre diesel power at the top of the range. Its primary selling points though, remained much as before. So the clever FlexDoor arrangement that'll make life a bit easier for parents on the go remained, plus buyers got a range of neat interior flexibility touches that should also make quite a difference in day-to-day living. Overall, it's a people-friendly choice that could be perfect for small families.

Family cars ought to be designed for families. Here's a car we reckon you could very easily live with as a used buy - the much improved version of Vauxhall's second generation Meriva compact MPV that the brand launched in 2014. We sometimes wonder if many of those responsible for creating some of today's best sellers have been anywhere near a typical family with squabbling kids and a need to organise snacks and bags, dogs and child seats. It's a hassle and parents need a compact, affordable car to make it easier. A car perhaps, like this Meriva. The first MK1 version of this Vauxhall, launched in 2003, was a supermini-MPV, the very smallest kind, and though it tried its best to be versatile, ultimate lack of size told against it for many. This MK2 version, originally introduced in 2010, was bit bigger - not Scenic or C-MAX-sized but large enough to create a viable, more flexible alternative to a Astra or Focus-sized family hatchback. There are only five-seats of course - it isn't that big - but the space you do get is very cleverly used and impressively accessible thanks to a novelty, the 'FlexDoors'. They certainly make getting in and out a lot easier, but Vauxhall was always keen to remind us that this car was about more than just its doors. To emphasise the point, they introduced a substantially updated version of this second generation model in the Spring of 2014 with smarter looks, extra equipment options and a more efficient Euro 6 engine range that included the segment's most impressive diesel option, a whisper-quiet 1.6-litre CDTi unit. It's the car we're going to look at here as a used buy and it sold until mid-2018. 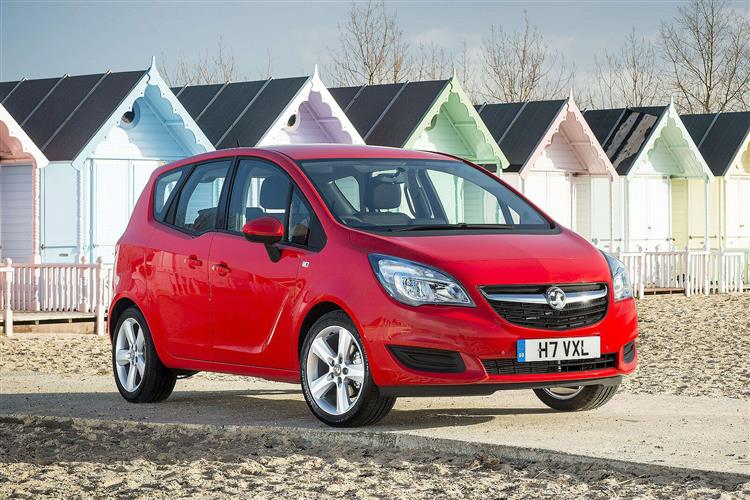