The Renegade is Jeep's interpretation of what a compact Crossover or small SUV really should be and back in 2014, it was very different from anything else we'd previously seen. Quirky looks and characterful detailing hide conventional Fiat underpinnings, but 4WD is an option further up the range where there's off road prowess surpassing anything else in the segment. It won't appeal to everyone, but if you like it, you'll probably love it.

Take a respected brand, a fresh and vibrant market segment and a willingness to do something different. Then create from that a product with uncompromising looks, real capability and clever design. The result you'd get certainly wouldn't be ordinary. It wouldn't please traditionalists. No, in automotive terms, what you'd get would be something like this, the Jeep Renegade. You don't need us to tell you that this is a very different kind of Jeep - but then it had to be. This, you see, has proved to be the new face of a company that's been busy re-inventing itself, something all great brands occasionally have to do. Land Rover and Jaguar long ago realised that they couldn't sustain themselves on traditional customers and in recent years, Jeep has been working that out too. The company's under Fiat ownership these days and for years now, its product range has relied heavily on Latin design and borrowed Italian parts. The Renegade though, was the first Jeep model to be entirely designed as part of this collaboration - the first, in fact, ever to be built outside of the United States. It's certainly been a landmark product then. Whether it's a proper Jeep though, is another question entirely. Pragmatists within the Fiat empire will argue that it doesn't need to be. There aren't many customers wanting such a thing these days and those that are around certainly won't be buying in the growing market sector this car primarily targets, that for compact Nissan Juke-style Crossover models. If Jeep is to have a credible future, it can't afford to ignore this segment, but at the same time, it can't abandon its rugged brand values and bring us the kind of stylised piece of street furniture we've seen many of the mainstream manufacturers deliver when it comes to this kind of car. News that this Renegade was almost entirely based on just such a thing - Fiat's 500X - back in 2014 sent Jeep die-hards choking on their beer. Still, these people needed to allow for the fact that much was been done with these underpinnings in creation of a tougher, more rugged and very different product - certainly one that has attracted widespread interest. Ultimately, being supermini-based on a Fiat Punto-derived platform, this car's roots lie in the Juke genre but at the same time, it's a slightly larger, more adventurous thing than its Fiat 500X cousin. There's greater practicality than you might expect from a model in this sector and the option of class leadingly-impressive off road prowess - if you're prepared to pay for it. Hence an appeal that might also attract buyers of bigger family hatch-based Crossovers like Nissan's Qashqai - and possibly even prestigiously-badged compact Crossover models like Audi's Q3 and BMW's X1. The Renegade's premium pricing certainly invites comparisons with cars of that kind and across the range, its SUV look and feel offers a new dimension for buyers in this segment. The Renegade sold in its original form until the end of 2018, when it was significantly updated with new petrol engines and a slightly smarter look. Here, we check out the original version of this car as a used buy.

What You Getword count: 130 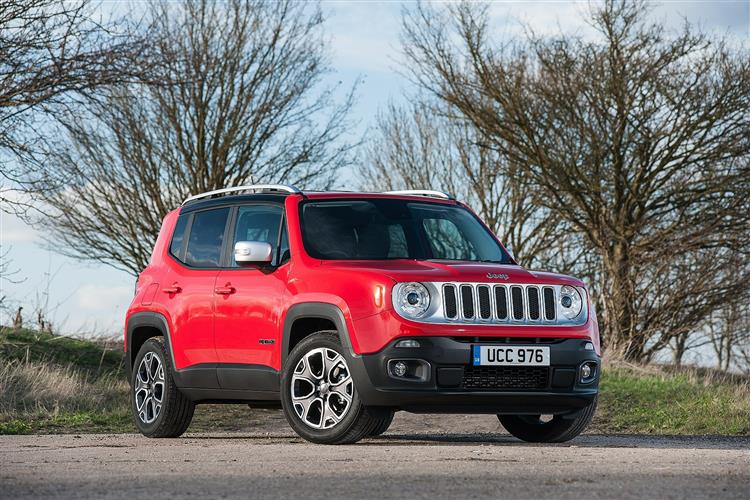