MAKE IT A MACAN (some text hidden)

Porsche's Macan is an SUV with the soul - and the engineering - or a sportscar. You might expect it to be fast and family-friendly. More of a surprise is that it's rewarding and, with the right spec, very nearly race-ready in its responses. Yet it'll comfortably take you off road, deal with the school run and cruise down to Chamonix. It's very special. Let's check out the pre-facelift MK1 version as a used buy.

Lots of unlikely models have been described as 'sports cars' over the years: estates, People Carriers, Crossovers - even off roading 4x4s. In truth of course, the real thing is very different. Is this it? Welcome to the Porsche Macan. At launch in 2014, the Zuffenhausen maker described this model as 'the first sports car in the compact SUV segment'- the ultimate multi-tasker. A car as ready for a circuit as it would be for a skiing trip, classy enough for the streets of Monte Carlo, soundly sensible on the school run, quietly capable on the rough stuff and potentially manic around Monza. The company's certainly well-placed to create such a thing, claiming the whole 'sporting all-wheel drive car' concept as its own invention. Back in 1900, Ferdinand Porsche designed the Lohner-Porsche racing model with its four electric wheelhub motors. By 1947, the brand was going further, developing a supercharged 12 cylinder 'Type 360' Cisitalia Grand Prix racer that introduced the concept of full four-wheel drive. For all that though, the Stuttgart maker had never made a car quite like this before the Macan. Perhaps that's why it initially turned to Volkswagen Group partner Audi with the early idea of basing this car on that company's similarly-sized Q5. It wasn't long into the development process though, that Porsche decided it knew better. It alone could create the kind of compact sporting SUV that models like the Q5, Range Rover's Evoque and the BMW X4 could never be. So almost everything was re-invented. Almost everything was re-imagined. Almost everything was different. As this car is from just about everything else in its segment. It was substantially updated in late 2018, at which time diesel power was dropped. Here though, we're focusing on the pre-facelift models.

So what exactly should a practical but potent family sportscar really look like? It's difficult to think of any brand better qualified to build such a thing than Porsche, though this car's larger Cayenne SUV stablemate has rather struggled with the concept. This Macan though, delivers on it far more successfully. Familiar brand styling cues are plentiful but they seem far less contrived in this case, with references not only to the Cayenne and the 911 but also to the Stuttgart maker's supercars, past and present. It's certainly different at the wheel, less like any kind of sporting SUV and more like a thoroughbred sports estate - maybe something like a Jaguar XFR Sportbrake or a Mercedes-AMG C63. Cocooning you 911-style into your brilliantly supportive multi-adjustable leather or alcantara-trimmed sports seat is a button-heavy lower console section with its bank of chrome-trimmed switches running down the transmission tunnel and creating a wrap-around cockpit-like feel. In the rear, three adults can certainly fit OK and there's a decent amount of head and knee room. Here's one area in which this car is exactly the same as its development cousin, the Audi Q5, which isn't surprising given that its wheelbase is identical. Out back, the total 500-litre capacity is 40-litres less than that Q5 and it'll certainly be a lot less than you're used to if you're down-sizing from a larger sporting SUV. If you need more room, the rear backrest folds in a useful 40:20:40-split that means you can poke through longer items like skis without disturbing rear seat passengers. Push the rear bench completely forward and a 1,500-litre capacity is freed up - which is very class-competitive. 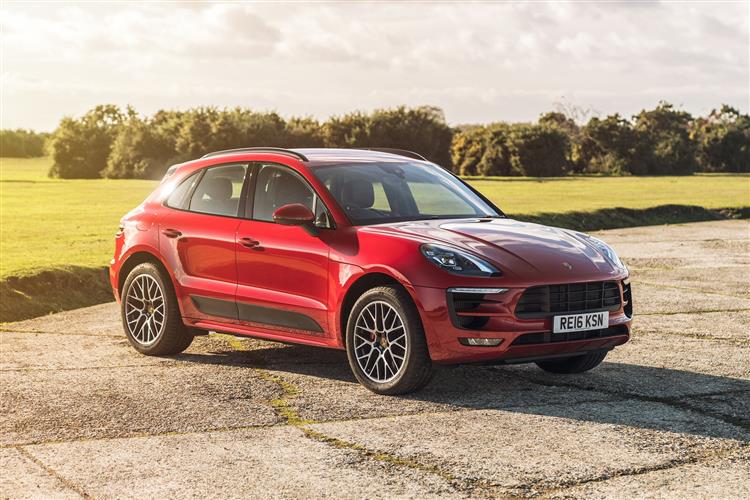