If size really matters, then you need a van that's really big. And this one is. But Vauxhall's second generation Movano, this Movano B-series model first launched in 2010, has more than just sheer size on its side. It was designed to take on the biggest guns in the large panel van class, with heavy payload capacities, clever convenience features and the choice of both front and rear wheel drive.

Vauxhall has a long history of producing vans that British businesses like, one dating all the way back to 1931, though back then, the brand's LCVs carried Bedford badges. Since then, through the HA and CF models that sold in their thousands right to today's Combo and Vivaro vans, the Luton brand has continued to be a major player in the commercial market, in the early years of this century co-developing its products with Renault. This is the biggest of them, the Movano, analysed here in second generation 'Movano B'-series form. Everything about this vehicle is big - except, its maker contends, the costs required to run it. Packing up a Movano is no small task either, given loading capacities of anywhere between 8 and 17m3 in standard van models. And the torquey 2.3-litre CDTi engine can haul big weights too - up to 3.0-tonnes, if you're really piling on the pounds. This model shared its design and all its engineering with Renault's Master and the Nissan NV400 and sold until 2019, when it was significantly updated. It's the earlier pre-facelift 2010-2019 versions of this model though, that we look at from the used buyer's perspective.

What You Getword count: 751

As nuggets of useless information go, the news that the Griffin badge on the front grille of this Movano was, back in 2010, the largest that Vauxhall had applied to any model in its history is right up there. More important is the news that the chrome-trimmed front grille is smart, while a thick bumper adds aggression to the front end, curling up at the edges to protect the corners from knocks. The designers were also kind enough to cut steps into the bumper so that owners can get a leg-up when cleaning the windscreen. Side rubbing strips are a boon along the flanks too. Inside, that extra cabin length means that there's reasonably comfortable room for three, though the centre seat passenger's space is rather narrow with knee room slightly compromised by the cup holders and storage provided by two centre-mounted bins. There isn't quite the same kind of soft touch, granite build quality you'd find in more expensive Volkswagen or Mercedes rivals, but fit and finish is certainly better than on the MK1 model and what the Movano lacks in tactile feel, it more than makes up for in practical touches. Both seat and wheel are height-adjustable and there's a minefield of storage options inside the Movano's cab (150 litres in total), from the usual door bins, overhead shelf, cup holders, chilled glove boxes and cubby holes to compartments for laptops and sunglasses, plus an optional clipboard that folds out of the dash for holding invoices, maps or delivery notes. Not quite so neat is the positioning of the grab handle you grasp on entering the cab, stuck above the door pillar rather than being more naturally placed on the A-pillar. The overhead positioning of the digital tachograph slot (necessary for those venturing above 3.5 tonnes) isn't ideal either. Which shouldn't detract from the fact that overall, this is a beautifully thought out cabin. Highlights include optional touches like the huge, split storage area under the passenger seats, accessible simply by flipping up the cushions. Then there's the way the centre seat backrest folds down to create a table that uniquely swivels towards the driver. And the sat nav screen that folds out of the roof, incorporates real time traffic information to guide you round jams and includes MP3 and Bluetooth compatibility. Of the four vehicle lengths, L1 and L2 are produced for front wheel drive customers, whilst the huge L4 is solely for rear-driven variants. It's the mid-range L3 body shape that'll probably suit most customers though and this comes in either layout. Depending on your choice between three body heights (H1, H2 and H3), that means cubic metre capacities that run from 8 to 14.9m3 for front wheel drive models and between 12.4 and 17.0m3 if you opt for rear wheel drive (though with a Luton conversion, you can push this up to as much as 22m3). That kind of carriage capacity can mean a lot of weight, so it's just as well that an extra 4.5 tonne gross vehicle weight option was added into the top of this second generation model range, sitting above more familiar 2.8, 3.3 and 3.5-tonne variants. As a result, payload capacities can run from 994kg to as much as 2254kg. At the business end, there are the usual twin side-hinged rear doors opening out to 180-degrees and which can optionally extend to 270-degrees. As for getting stuff in, well, the loading height is usefully low at 557mm (or as much as 724mm with rear wheel-drive) and there's a wide aperture of up to 1820mm in height and 1577mm in width once you've lumped your cargo up to floor level. Once inside, there's 1765mm of width, narrowing to 1380mm between the wheel boxes. Plus a maximum load area length of up to 4400mm. Alternatively, there's a sliding side door, wider than it was on the previous generation model, offering an opening 1780mm high and as much as 1270mm wide on L2 variants and above, so euro pallets can be loaded in sideways: a sliding door on the opposite side was optional, but included on all models is a full width bulkhead to stop stuff sliding forward into the cab with you. Which is a scenario the numerous tie-down points are in any case there to prevent. Many models will have as many as 14 to choose from. A useful shelf above the cab area, accessible only from the load bay, is useful for tucking away lashing straps and other bits and pieces. 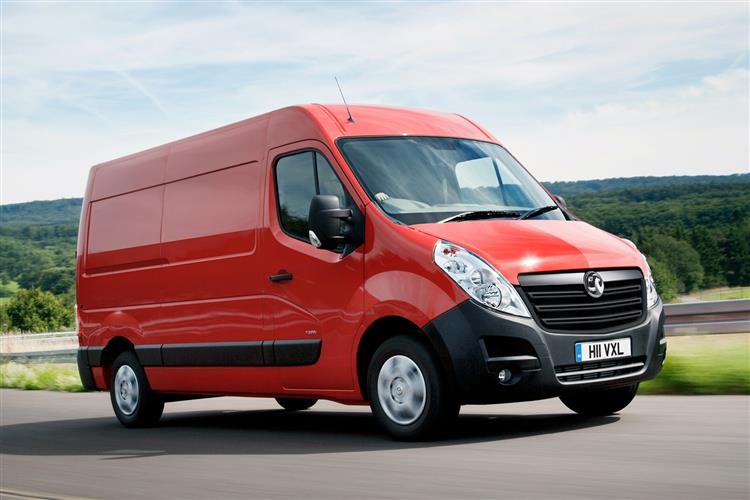