The third generation MINI Cooper S is a properly credible hot hatch in its 'F56' (3-Door) and 'F55' (5-Door) Hatch forms, which we first saw in 2014. With these cars, we realised that this model could be more than merely a very quick but fashionable urban trinket. Its bigger, harder-hitting 2.0-litre engine and a more talented chassis deliver plenty of fun as you power to 62mph in 6.8 seconds to the tune of a blissfully cheeky exhaust note. This design proved to be a more mature thing too, better built than any of its rivals and with more sophisticated underpinnings that are better suited to longer journeys. In short, this car came of age in this form. But how does it stack up as a used buy?

The MINI Cooper S has long been an exercise in artful compromise, looking to occupy that sweet spot between the warm-ish Cooper and the wild race-inspired John Cooper Works model. As a result, it's often been the best pick for those who aren't likely to subject their car to a race circuit and instead just want a MINI that's entertainingly quick without incurring huge running costs in the process. That didn't change too much with this third generation F56/F55-series model, but what lies beneath the skin did. Under the bonnet, you'll find a 2.0-litre turbocharged engine that may only have three cylinders but puts out a 192hp total that was 8hp up on what went before. More importantly perhaps, it's a bigger, better finished car than before, yet one that still seems well priced against comparably performing hot hatch rivals from this era like Peugeot's 208 GTI, Ford's Fiesta ST and the Renaultsport Clio 200. This car was launched in 2014 in 3-Door Hatch 'F56'-series form, then an 'F55'-series 5-Door Hatch version followed a year later. Both variants were thoroughly revised in mid-2108, but it's the earlier 2014-2018 models we look at here. This ought to be many people's ideal expression of go kart-inspired MINI-ness? Is it? And would you want a used one? Let's find out. 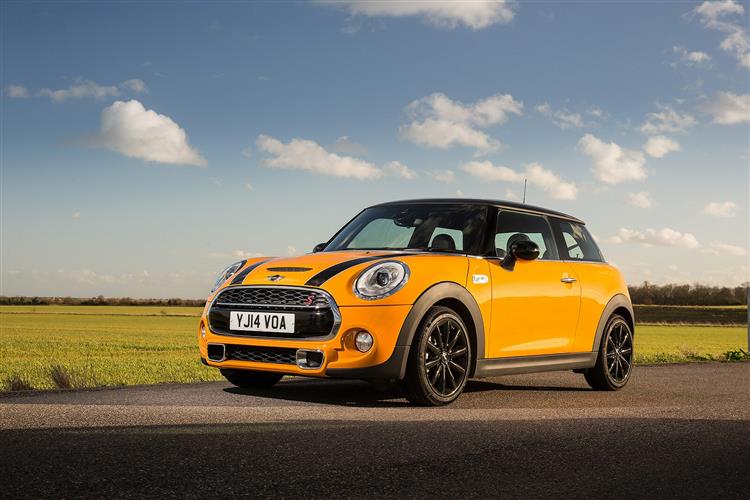