In third generation form, Fiat's Panda aimed to be all the car some buyers would ever need. It's larger where it matters, yet still small enough for its urban purpose. It's pretty efficient, yet can offer surprising reserves of performance. And you can head off road in one - or specify a version that's super-affordable. The Italians have always done this kind of thing very well. They still do.

What do you think has been the most influential - the most important - automotive design since the turn of the century? A sports car perhaps? Or an MPV or SUV? Certainly something expensive. We reckon not. Our personal pick would be this car: the humble Fiat Panda. So what makes this model so extraordinary? Well let us explain it like this. Almost every car you can think of on the market can be pigeonholed into a specific market segment. And even if it can't be, it's likely to appeal to a very specific group of customers. The Panda's different. Though sized and priced as a little city car, it's so versatile and class-less that it can really function as.. well, almost anything you want. Depending on the flavour you choose, it's a design as suited to city living as it is to the needs of a mountaintop farmer. It can be an SUV - or eco-conscious transport for Friends of the Earth. It can be a second vehicle for older empty-nesters. Or the sole car for a rural family. Less a citycar. More an 'essential' car, it is, in the words of one top Fiat executive 'the official car for doing whatever the hell you like'. This is the Italian brand at its very best. The MK1 version was launched in 1980, the MK2 design dates back to 2003 and the MK3 version we're going to look at here was launched in 2011. An aggressive looking version of the top 4x4 variant, the Panda Cross 4x4, was launched in 2014 and the looks of that derivative were so well received that Fiat launched a much cheaper 2WD Panda Cross model with the base 1.2-litre engine in 2017. This MK3 Panda was updated in 2020 with mild hybrid power. But it's the MK3 2011-2019 models we're going to look at here.

What You Getword count: 809

There's was something of a feeling of tiny MPV about the previous pre-2011-era MK2 generation version of this car. There still is in this MK3 form. It remains a tall car, with a vertical tail, a five-door-only shape and a large glass area, bigger than before (slightly longer, wider and taller) but sat upon the same wheelbase, so the roadway footprint remains basically unaltered. As for the friendly look, it's based upon what Fiat's designers call 'a squarical' theme, rounded rectangles in vogue everywhere from the headlamps to the front air intake, from the wheel arches to that trademark extra third rearward side window. The squarical touches continue on inside. You'll find them in the instrument binnacle, on the steering wheel boss, the ventilation controls on the centre console - even on the seats where embossed rounded squares are there to better help air circulate between your body and the backrest. The dashboard itself is enveloped in a colourful frame with a roomy storage pocket in front of the front passenger supposed to evoke a nod towards original Eighties Panda motoring. That really was basic, though for its time, the MK1 model was undeniably clever, with seats that could be removed completely and washed. Or kept in and turned into a double bed. We can't imagine anyone in a position to afford a modern Panda needing overnight in-car accommodation, but comfort will be a priority once seated at the wheel. Where you perch high-up in the kind of position you'd expect a miniature People Carrier to provide, complete with brilliant all-round visibility that makes even this slightly larger MK3 model easy to place in the tightest city streets. There are a few issues. We could do without a set of head rests finished in hard, unyielding plastic. And, as with many citycars, the steering adjusts only for height, not for reach, a particular issue in budget variants that don't offer a height-adjustable driver's seat. But on the plus side, the high-mounted gear lever is nicely positioned, the switchgear and stalk controls function with a quality click and the mouse-shaped handbrake lever is a lovely tactile touch. Overall then, a cabin of much higher quality than before - far nicer indeed, than you'd expect a car of this class and price to provide. Unlike Fiat 500s, Pandas aren't built in Poland, the Tychy factory that assembled the old MK2 model abandoned for this MK3 in favour of a state-of-the-art Italian plant near Naples that seemed to screw the car together very well, something you can admire as you scratch around to find no fewer than fourteen different storage compartments that are apparently dotted around the cabin. Storage for bigger items is taken care of by a 225-litre boot that's significantly bigger than that of the MK2 design, though still a little smaller than you'd find in a Volkswagen up! or its SEAT or Skoda clones. Or at least it is unless you get a car whose original owner ordered this Fiat with a clever touch none of its main rivals from this era can match - a rear passenger seat that slides by up to 16cm and enables you to prioritise room for either people or packages. If you've find a car fitted with this option, then with the rear seat slid right forward, luggage room increases to a class-leading 260-litres. Plus there's a bit more under the floor if you haven't got a car whose original owner paid extra for a spare wheel. If that's not enough, you can of course push forward the rear bench (it's only split-folding if you get a car fitted with the sliding seat or a plusher trim level) and free up 870-litres of total space, 36-metres more than the previous MK2 generation version could offer. With the rear seats flat, you've 2m of loading length, but if that's still not enough, you could seek out a car whose original owner paid extra for the fold-flat front passenger seat that potentially will enable you to carry really long items. As for rear seat passenger space, well thanks to slim seats, it's perfectly adequate for a couple of fully-sized adults. With the optional fold-flat front passenger seat pushed forward, one of them could even stretch out chaise-longue-style if there was no one alongside the driver up-front. Bear in mind that original buyers had to pay extra for a three-person rear bench, so a third centre-point rear belt isn't a given here. Yes we know you'd never carry five adults in a car this small unless you were really desperate but you've three children to regularly transport, that capability is a really important feature to have. It's yet another thing that makes it conceivable for families to own this Fiat as an only car if need be, something just not possible with many of its rivals. 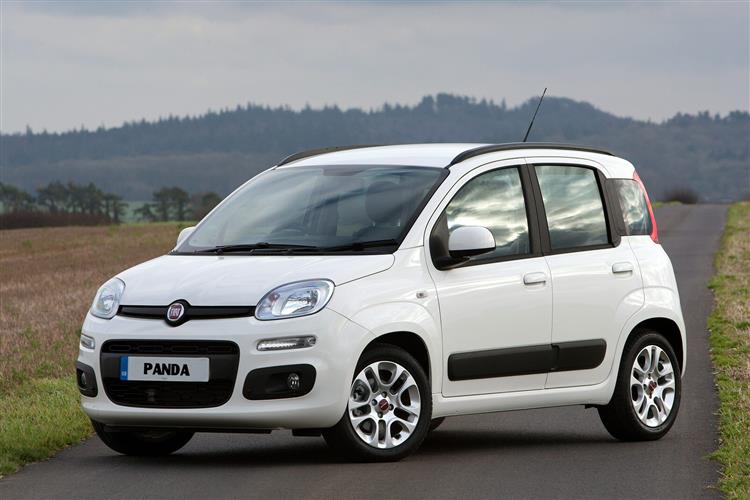