Back in 2015, Citroen revamped the second generation version of its C4 family hatchback in a bid to offer a more relevant choice in the closely-fought Focus-class C-segment. Refinement and comfort got prioritised over on-the-limit handling. While value pricing and super-low running costs got the nod over fashionable trendiness and cutting-edge electronics. The biggest changes with this updated model though, lay in its rejuvenated engine range, with PureTech petrol and BlueHDi diesel units offering class-leading power and efficiency that put this car back into class contention in its period.

Thinking of buying a used Focus-class family hatchback from the 2015-2020 period? Well you won't need telling that there's a huge selection of models from which you can choose. If you're sifting through them, then it's very likely that you've not seriously considered this car, Citroen's C4, which was much improved in MK2 model form in 2015. In this article, we'll be exploring why perhaps it might be worth a place on your shopping list. Let's start with a statistic that might surprise you. The average age of Focus-class family hatchback buyers is 57! Of course, there are plenty of younger people driving round in models of this kind, but they're mainly company drivers with little say in their choice of vehicle. Those who go out and spend their own money on cars within what is often Britain's best selling market segment are mature people. Not the kind, you'd think, who'd want to corner on their door handles. Not that you would know that from the way that motoring magazines and TV ads tell us that performance and handling are all that really matters in this sector. They're wrong of course. Style, quality, space, equipment, low running costs and safety are the more sensible virtues that real world family hatchback buyers really care about. All the things in fact, that seem to have been prioritised here. Citroen's advantage in this segment lies with the fact that its mainstream models, cars like this C4, don't have to be especially sporty. Buyers who do want that are provided for by parent company PSA Group's more avant garde DS brand, specifically (back at the beginning of this century's second decade) with that marque's comparably-sized DS 4 range. That was why this MK2 C4 was first introduced in 2010 without the requirement for sporty three-door or hot hatch versions. And little need for so many of the futuristic styling flourishes that Citroen thought at the time might have put some older people off the previous model line. Instead, this second generation C4 was launched as a car relentlessly on-message for the real-world preferences of potential buyers in its target market, a model sympathising with their eco-friendliness, easing their credit crunch running cost burdens and offering a beautifully built package that's versatile enough to make many feel that something Mondeo-sized from the next class up would be wilfully extravagant. It all sounded a sensible enough proposition on paper - and one that perhaps would have initially worked in practice if, back in 2010, the MK2 C4 had been able to offer buyers the brand's more efficient 'PureTech' and 'BlueHDi' Euro6 engine technology and do so with value pricing. Sadly for Citroen, without that, there really wasn't enough to set the second generation C4 apart in its crowded market segment, particularly with rival budget brand models undercutting the car's pricing. Hence the need in 2015 for a rejuvenated second generation C4 line-up with all those Euro6 engine boxes ticked - the car we're going to look at here. It may not have the sophisticated underpinnings of its Peugeot 308 cousin from this period, but it offers all the same efficiency standards, with more affordable pricing as part of the deal. There's also a smarter look than the original version of this design could offer, plus extra equipment and plenty of what Citroen calls 'Creative Technologie'. The car sold until 2018 when it briefly disappeared from the range until an all-new third generation C4 was launched in mid-2020.

Citroen claimed the styling of this improved second generation C4 model to be 'fresher' and 'more assertive'. It's certainly neat and contemporary, though may disappoint those who expect a Citroen to look as if it's arrived from twenty years into the future. The improvements that were made here were subtle and, as usual with facelifted models, centre mainly on the front end where below the clamshell bonnet, revised headlights feature 3D-effect chrome-finished modules and LED light strips to suit the prevailing trend. Otherwise, things remained much as they were when this MK2 design was originally launched in 2010, which in terms of practicality is a very good thing, given that raising the tailgate reveals a substantial 408-litre cargo area. If you need more space, then pushing forward the 60:40 split-folding backrest reveals quite a step in the loading bay - but also a pretty decent level of space, 1,183-litres of fresh air. Does the large boot compromise space for rear seat passengers? Not significantly. You enter through wide door apertures that offer easy access and inside find yourself seated on a slightly raised rear bench that provides just about enough space for three adults on short to medium-length journeys, assuming that they're on talking terms, and comfortable room for two, who'll have plenty of head, shoulder and legroom on longer trips. Up-front, a sweeping single-piece dashboard and a smart centre console look sufficiently 'of the moment' to disguise the age of this design. You're positioned quite comfortably too, and though the height-adjustable seats don't cosset your lower back as much as they probably should on longer trips (especially without the lumbar adjustment not included on entry-level trim), they do offer decent side support. 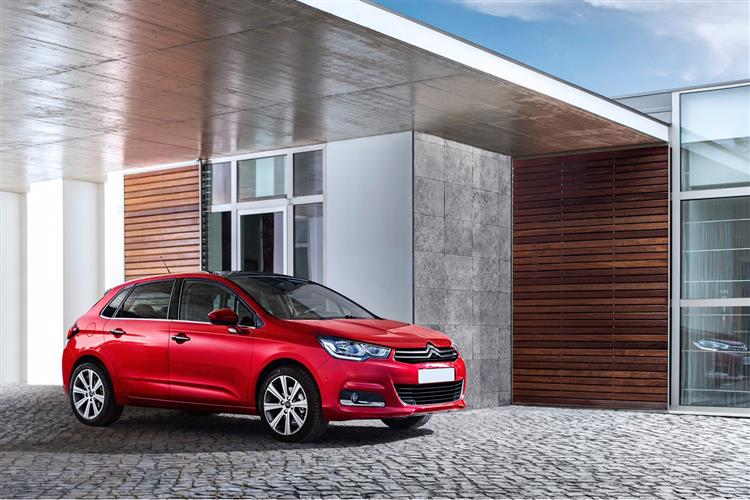