Suzuki provides one of the widest ranges of compact Crossover models that any brand can offer you. Here's the company's most practical offering in this segment, the SX4 S-Cross, a contender sized mid-way between very small and family-sized contenders in this class. Here, we're looking at the facelifted version of this model produced between 2016 and 2019, in which guise it was smarter and better connected, plus its range included a couple of much more efficient Boosterjet petrol powerplants. It's worth a second look if you're shopping in this segment for an affordable compact family-sized SUV from this period.

Suzuki must find it frustrating to see other brands doing so well in the thriving Crossover market. The Japanese maker has, after all, been offering products of this sort for some time, most notably the first generation SX4 model, originally launched way back in 2006, easily pre-dating the original Nissan Qashqai that most people think pioneered this class of car. That very first SX4 was a little too small, a little too shy and retiring and a little too poorly promoted to set the sales charts alight the way its Nissan competitor did, but Suzuki watched, learnt and came back fighting. As a result, the original version of this SX4 S-Cross model, launched back in 2013, was a much more competitive proposition. To keep its charms current, Suzuki significantly updated this model in the Autumn of 2016, the key change being the adoption of the brand's frugal 1.0-litre and 1.4-litre Boosterjet petrol engines in place of the previous rather inefficient 1.6-litre petrol unit. Buyers also got smarter looks, a higher quality interior and extra equipment. At prices that gave customers a near-Qashqai-sized family-shaped Crossover for the kind of money they'd have expected to pay for a smaller Juke-sized model. The SX4 S-Cross sold in this form until early 2020, when it was lightly revised and given a mild hybrid engine.

What You Getword count: 406

Suzuki feel that quite a few buying decisions in the Crossover segment come down to aesthetics - and they're probably right. The original version of this car was smart but quite forgettable - which was a problem in a class full of trendily-styled rivals. Hence the changes made to this revised version, enhancements that certainly gave the car a little more pavement presence. Of course, as usual, what's more important is the stuff you can't see, namely this model's light, stiff platform, designed around what Suzuki calls 'Total Effective Control Technology'. This uses lots of high strength steel to make the structure very strong but also low in weight, which is the main reason why this S-Cross is so relatively light by class standards. Its kerb weight can tip the scales at as little as 1,160kg which, to give you some perspective, is about 150kgs lighter than typical class rivals. You feel that light weight when you slam the driver's door shut, which isn't ideal, but otherwise, by affordable compact Crossover standards, the cabin feels quite nice, providing you're not expecting acres of slush-moulded soft-touch plastic: Suzuki doesn't really go in for that kind of finishing. We approve of the brand's decision to instead spend this facelifted model's development budget on a 7-inch colour infotainment touchscreen, standard above entry-level trim and the kind of thing that some other rivals from this period restricted to their priciest derivatives. In the back, as usual in the Qashqai class, two adults will be fine - and three won't be too uncomfortable at a squash - provided they're not too tall. Vertically challenged folk will especially struggle if they happen to be seated in a plush variant equipped with a twin sliding panel panoramic sunroof that eats into ceiling room, so if you're tempted by that and fancy this feature, test the back of the car out first. If you can live with the roofline, a version with the sunroof is certainly a nice thing to have, offering one of the largest open apertures in this segment. The boot is about 20% bigger than the trunk you'd get in smaller supermini-based Crossovers from this period - Mokkas, EcoSports, Jukes and so on - the 430-litre total being about the same as is provided by a MK2 Nissan Qashqai. And you can make good use of the space available thanks to a neat false floor that lifts to reveal hidden storage. 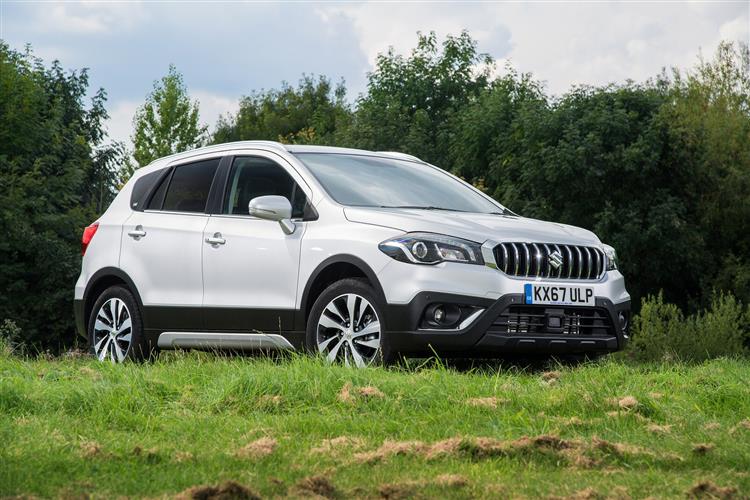